EZE OHIRI CAN’T SING FOR IHEDIOHA, THE SONGS HE COMPOSED FOR OKOROCHA 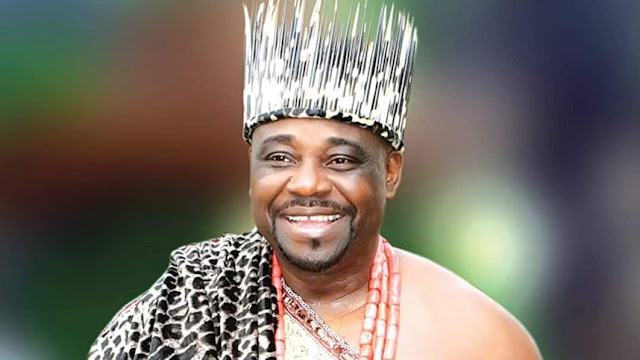 Whoever “findeth” his or her life or loves his or her life, that nothing else means anything to him or her, the scripture says, the person “Shall lose it”. See Matthew 10:39. On the basis of this hypothesis, I could also intone that, whoever loves his position or money more than anything else, would also lose it. Or, should equally lose it. This is where the Traditional Ruler of Obi Orodo Autonomous Community, in Mbaitoli LGA, and indeed, the Chairman of the State Council of Traditional Rulers, HRM, Eze Agunwa Ohiri comes in. Or where he fits in.

Eze Ohiri is loved by God. And I know he knows this fact. He is one of those created on a “Sunday morning” by God, like yours Sincerely. He answers Samuel. I also answer Samuel. My “name sake”. He is also a lucky man. What we also see or regard as luck, equally shows the love of God in the life of someone. But Eze Ohiri should not take this love of God for granted. And should not also over-stretch his luck.

Yes, Since May 29, 2019 when Chief Emeka Ihedioha was inaugurated as the governor of the State, Eze Ohiri has been fighting a battle. He has been fighting an undeclared battle. The battle for Survival. The battle to remain as the Chairman of the State Council of Traditional Rulers. We all understand the situation he has found himself. But he was never expected to throw caution to the wind in his survival battle. Or, throw away the beautiful story of yesterday that preceded Ihedioha’s coming. Ask me again, His Royal Majesty has shown that there is no difference between him and any of the fair-weather Politicians in Imo or elsewhere. 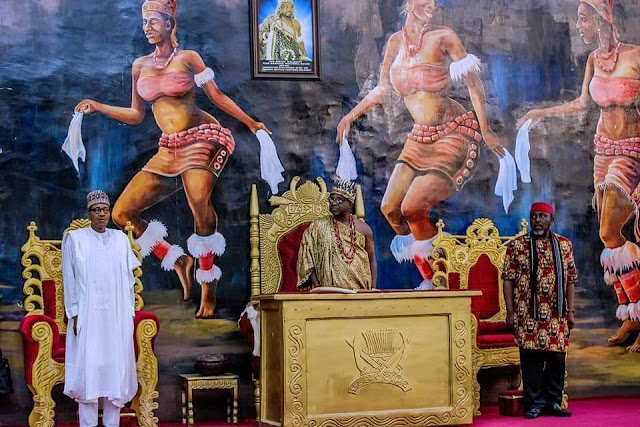 He had had interviews in recent time, in which, he condemned the building of the Police and Prisons headquarters by Owelle Rochas Okorocha when he was governor. Asking why he should undertook the building of the federal government’s projects with State funds. He had also accused Owelle of causing panic in the State. And then cautioned him against causing further undue tension in the State. That was few days after the former governor had visited the State and was received by an unprecedented crowd. The State government didn’t find that development funny. Eze Ohiri became the government’s spokesman and took Owelle on. He was not genuine in such outings. He was just pretending to enable him continue holding forth as the Chairman of the State Council of Traditional Rulers. All he has been saying could not have flown from the bottom of his heart. This is true. Unless he had done something behind closed-doors for Ihedioha over the 2019 election. But with what we heard and what we saw, he never supported or wished Ihedioha Victory. And if he was honest with all he did with Owelle Okorocha, he would have got ready or prepared to leave the office with Ihedioha’s coming, at any given time. With this picture in wind, his utterances and activities these days would have been different.

For obvious reasons, we all know that Okorocha removed Cletus Ilomuanya as the Chairman of the State Council of Ndi-Eze. And brought Eze Ohiri to occupy that position. That was in 2011. And that was soon after he was kidnapped and released. In other words, for the eight years of Okorocha’s governorship, Ohiri held sway as the Chairman of the State Council of Traditional Rulers. And Owelle made the office very attractive and juicy or lucrative. It was bearing fruits more than expected, courtesy of Owelle. And he enjoyed the office to a very large extent. That is to say, Eze Ohiri remains one of the major beneficiaries of the Okorocha government, in all ramifications. And he has been in that position for eight solid years. What else is he looking for? That would make him to begin to live in fear. The fear of being removed. And for which he has been talking and acting like one under duress. Not the kind of “Prof.” Innocent Ibeawuchi’s duress.

In my innocent piece on the former Secretary to the State Government, Sir George Eche (my man, my man), I described him as the Rescue Mission Choir-Master. But Eze Ohiri was the Chief Choir-Master of the Rescue Mission Government. You can call him the Senior Choir-Master. And in doing that he had better voice and better Command of the “Choir” than Sir Eche. He would Solemnly begin“Governor anyi, Governor anyi, ugo Chinyere ndi Imo nke mbu… and so on. He was very good on that. He was seen as an ardent supporter of Owelle. He would have sustained this impression in actions and in words. Singing new or different songs on Owelle just for the sake of keeping his position was unexpected of him. Or singing for Ihedioha, the songs he composed for Okorocha just to remain put, should not be the best of actions. I have always had the feeling that there are levels people would get to, positions or offices or money do not determine their actions and inactions again or even what they say. 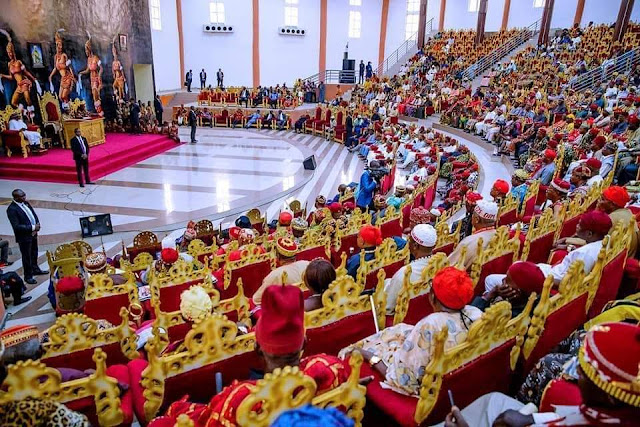 I give you an idea of the extent God has been so magnanimous to Eze Ohiri. His Obi Orodo Autonomous Community is one of the smallest in the State. Just like that of Cletus Ilomuanya’s Obinugwu Autonomous Community. Eze Ohiri has been on the throne for more than Sixteen years now. And out of these Sixteen years, he has held the Chairmanship of the State Council of traditional rulers for eight years and five months. Before 2011, he was elected Chairman, Mbaitoli Council of Ndi Eze. This is a fat record. He should therefore, liberate himself from the current fear. He should free himself from fear. The fear of the unknown. He cannot be singing the same kind of songs he sang or composed for Owelle, for Ihedioha and people would take him serious. They would be murmuring. They would be gossiping. They would be jeering at him. They wouldn’t believe him. They would be Soliloquizing. And inside him, a voice would be judging him. Ask me for the third time, positions are made for men and not men for positions. When you are occupying a position in fear or without rest of mind, the person has been overwhelmed by that position, instead of the other way round. Eze Ohiri should be himself. He should remain calm and resolute. If Ihedioha wants to remove him, fine. And if you seek my opinion, I would want him to quit to enable him sleep well.

And in case Eze Ohiri does not know, Ihedioha is not keeping him out of respect or regard or love for him. What is keeping him there until now is the dilemma Ihedioha is having over what to do with Ilomuanya. It is safer or better for the governor to allow him remain as a defence mechanism against Ilomuanya’s schemings or pressure. What to do with Ilomuanya is the bone of contention. The crux of the matter. The man is no longer an Eze. It would take Ihedioha to remove the traditional ruler on seat, for Ilomuanya to become Eze again. Which is not easy. Even if he becomes Eze again, most of the traditional rulers in the State won’t want him to be their Chairman again. And if Ihedioha gives it to another person, the Obinugwu man would begin to fight him. That is the rope that is keeping Ohiri on the Seat. Otherwise, by now, he would have become a foregone alternative. Opportunity Cost.

Eze Ohiri should do himself a favour by stopping his criticisms against Okorocha. Reason being that nobody would believe him or believe the genuineness or sincerity of such criticisms. Instead of doing that, he should resort to silence. That’s the situation silence becomes golden. He should also bear in mind that slim liberty is better than fat slavery. He can go for the resignation option. And that’s where the real honour lies. To continue to live in fear or talking and acting to remain in that position is self-inflicted injury. Somewhat a man literarily becoming Pregnant which nobody knows when he would deliver since there won’t be any anti-natal or scanning to ascertain the status of the baby. I have spoken to HRM Eze Samuel Agunwa Ohiri in clear terms and not in tongue. And I wish he would read the handwriting on the wall, Mene, Mene, Tekel, Urpharsin. Okonkwo in Chinua Achebe’s THINGS FALL APART, had wished that the daughter, Ezinma was a boy. Reason being that his son, Nwoye was an “Efulefu”. I am not talking nonsense here. We shall Continue to Clap for Jesus.
Posted by IfeanyiCy Njoku
Labels: Feature