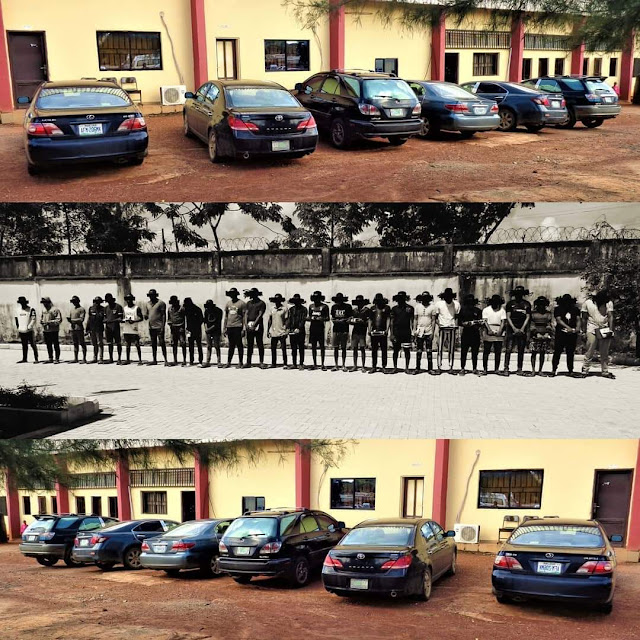 "The Enugu Zonal office of the Economic and Financial Crimes Commission, EFCC, on Monday, October 28, 2019 announced the arrest of 27 suspected internet fraudsters. .

They were arrested on Thursday, October 24, 2019 in Eura Hostel, Naze-Obibiezena Road, Nekede and Bloomnesdays Plaza Hostel, Nekede, all in Owerri, Imo State, following intelligence and diligent surveillance carried out on them.

Intel established that the suspects were living above their means from proceeds of their alleged fraudulent activities, following which a team of operatives executed a coordinated raid in their residences.

The suspects have already provided useful information that is aiding the Commission’s investigation. They will be charged to court as soon as investigation is concluded."