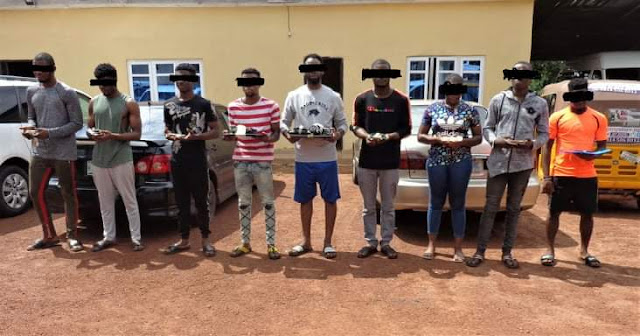 Nine suspected cyber fraudsters, along with a woman, were arrested afresh in Enugu on Friday by operatives of the Economic and Financial Crimes Commission, EFCC, Enugu Zonal Office.
The cybercrime suspects were arrested at Mexmemphis Properties and Apartments, Maryland District, Enugu. 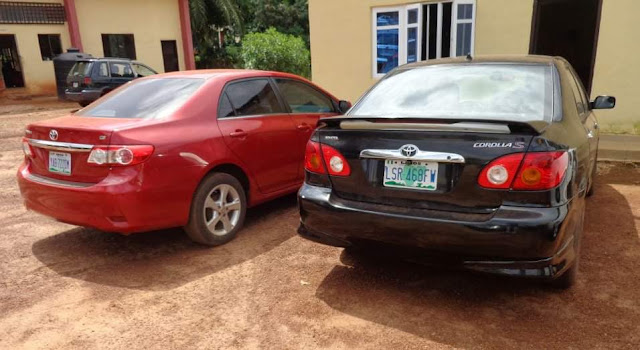 The suspects were named as Precious Ibegbulem, Michael Odishi,Ebuka Kenneth, Akabuke Beluolisa, Chibueze Ezeagwu, Nnamdi Maduekwe, Kingsley Orazulike and Uche Nwosu. The woman among them was identified as Linda Chidera.
They were arrested following an intelligence report about their lifestyle and suspected criminal activities.
On the strength of the information, the EFCC raided the home of the suspects and arrested them. 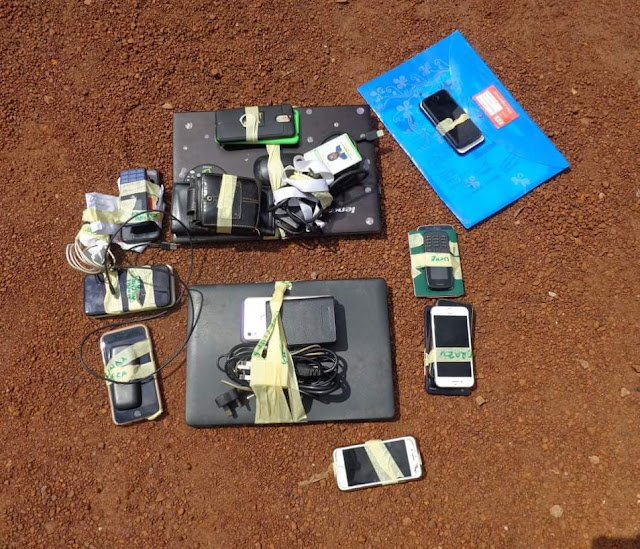 Items recovered from them include mobile phones, laptop computers, two Toyota Corolla vehicles with the registration number DM 722 YAB and LSR 468 FW, etc.
The suspects will be charged to court when investigation is concluded.