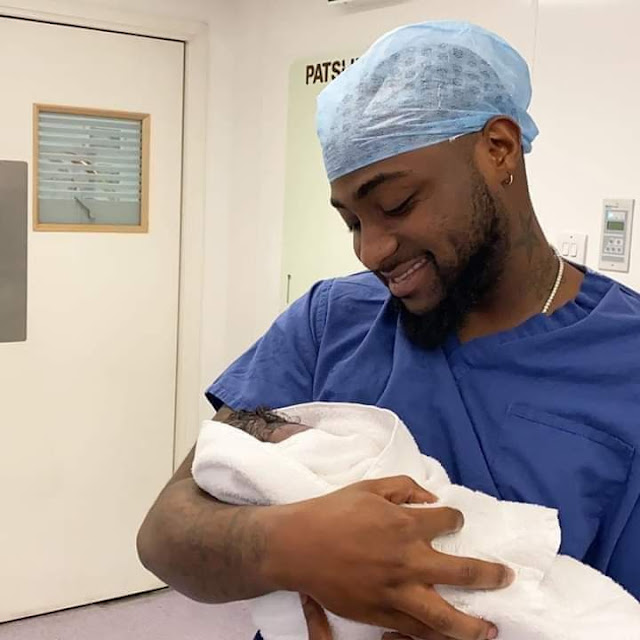 The globally acclaimed music sensation out of joy and excitement has named his son Ifeanyi, tracing her mother's Igbo origin.

Chioma delivered today 20th October, 2019 at London hospital. David Adeleke had earlier tweeted being in the labor room with her fiancé, Chioma during child delivering. 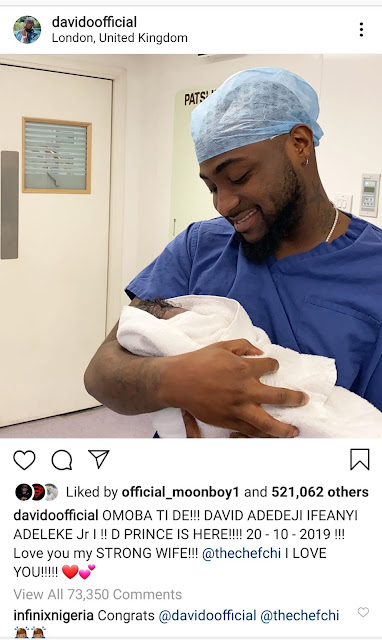 Smiles and joy of fatherhood is all you see around the 30 billion gang kingpin, OBO!