Court Throws Out Case Against 4 RevolutionNow Protesters In Ogun State. 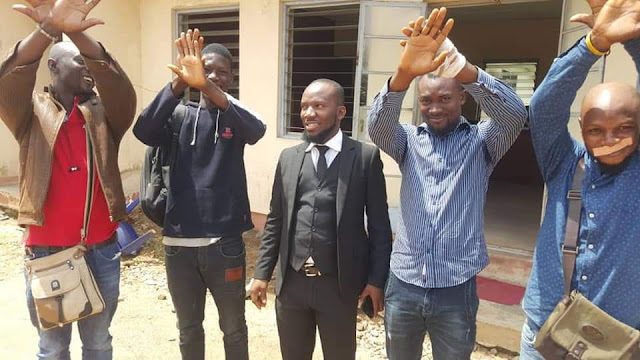 A Magistrate Court in Abeokuta, the capital of Ogun State, on Wednesday, 30th October, 2019 discharged and acquitted 4 protesters arrested on August 5, 2019 during the RevolutionNow protest.

The court presided over by Magistrate II, Mr. O. A. Onaguruwa, upheld the no case submission made on behalf of the 4 protesters by Lagos-based lawyer and human rights activist, Mr. Inibehe Effiong.

The police had arrested Messrs Daniel Abraham, Festus Afofun, Kolawole Seun and Okoro Romeo on August 5, 2019 for protesting at Abeokuta during the nation-wide RevolutionNow protest called by the detained presidential candidate of the African Action Congress (AAC), Mr. Omoyele Sowore. 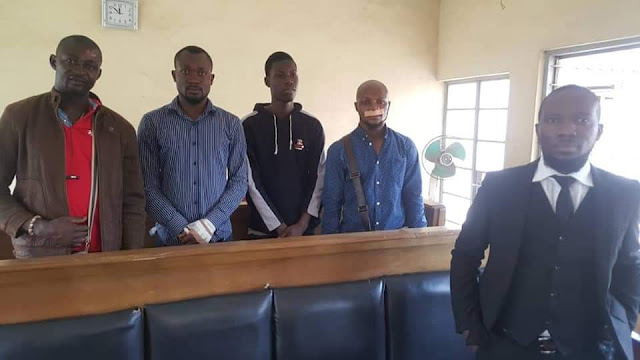 The four protesters were subsequently arraigned in court on August 7, 2019 on a three count charge of conspiracy, unlawful assembly and conduct likely to cause a breach of the peace.

Ruling on the no case submission on Wednesday, Magistrate Onaguruwa held that the argument of the Defendants' counsel, Mr. Effiong, that it was not necessary for the Defendants to enter their defence in the case cannot be faulted because the Prosecution had failed to establish any of the essential elements of the three count charges.

According to the court, the testimony of the prosecution witness as contended by Mr. Effiong was not only hearsay and inadmissible based on Section 38 of the Evidence Act, 2019 but was completely discredited under cross examination.

Magistrate Onaguruwa also wondered why the Investigation Police Officer (IPO) in the case, who is an officer in the rank of a Police Inspector, Inspector Helen would claim in her evidence that it was against the law for the Defendants to have protested without police permit with mufflers and leaflets.

The court relying on the provisions of Section 315 of the Administration of Criminal Justice Law of Ogun State 2017 and decided cases, discharged and acquitted the Defendants, given that a discharge in the circumstance amounts to an acquittal. 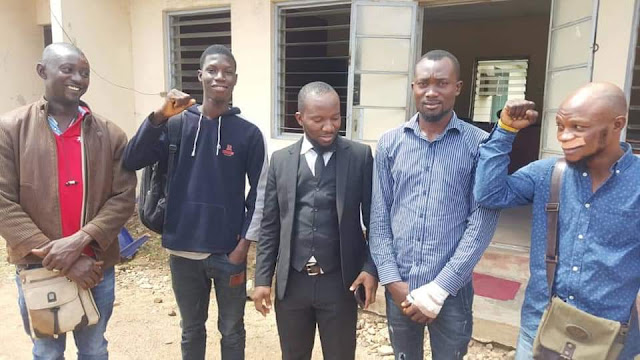 Responding to the ruling, the counsel to the 4 protesters who is also the National Legal Adviser of the AAC, Mr. Effiong, commended the Magistrate for the well considered ruling and vowed to sue the Nigeria Police Force for violating the fundamentals rights of his clients to peaceful assembly and freedom of expression.

Effiong in his words said that, "Today's ruling is a vindication of our position that the Nigerian government had no basis in law to have arrested, detained or arraigned citizens who called for Revolution during the peaceful protest of August 5, 2019. I have consistently said that the whole case is a disgraceful attempt by a failed government to silent voices of dissent."

"This is just the beginning of the end of the shambolic attempt by this regime to illegally deploy the judicial process in a dubious and immoral manner. We will continue to defeat the tyranny of the Buhari's regime through the law courts." Effiong said.

One of the protesters, comrade Festus Afofun, expressed his delight with the ruling and also thanked their counsel for defending them pro bono. He promised to take part in any future protest for good governance in the country.