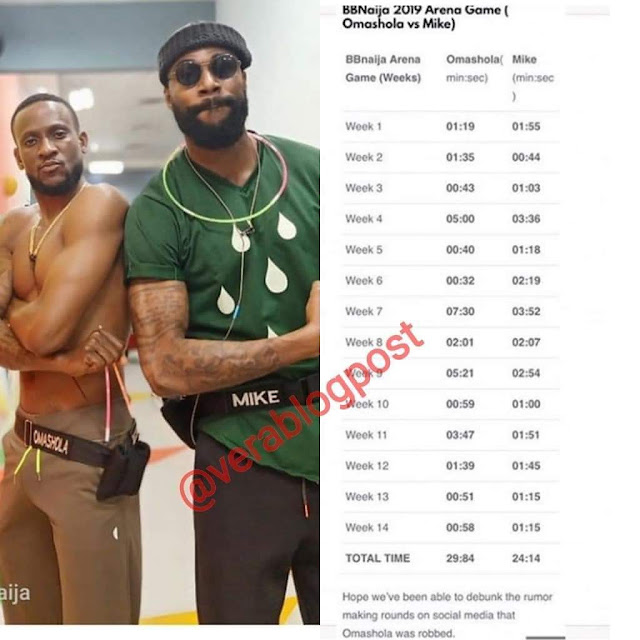 The Organisers of the just concluded Big Brother Naija Reality TV  show session 4 tagged 'Pepper Dem' has cleared the air over the controversy of who between Omashola and Mike actually won the Arena game.

While Omashola expressed disappointment over the winner of the Arena game which goes to Mike with 2-wins against himself with 7-wins.

The organisers have released minutes per minutes, seconds per seconds statistics of the Arena game. While Omashola recorded a cumulative of 29:84 mins/Sec, Mike scored 24:14 mins/sec.

With the Official statistics released, it's proved beyond reasonable doubt that Mike actually won the Arena game and merited the two million naira (N2, 000,000.00) cash benefits awarded to him by Betnaija official sponsor of the 2019 Big Brother Naija Reality TV show.