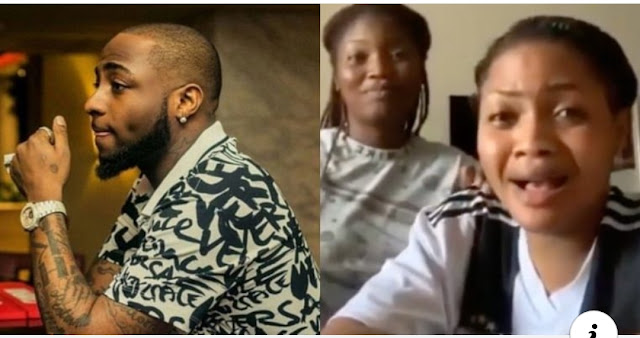 —'It was a Joke, Please Forgive', says lady who accused Davido of impregnating her

The cyberspace was agog on Wednesday with the news of two young ladies accusing singer Davido of impregnating one of them.
Immediately the news hit the waves, Davido quickly denied the claims. The two young ladies have since released a new video via their Instagram account, claiming that they were just messing around.
The bogus claim came on the heels of the singer’s delight at welcoming his first child, a male, with long-time girlfriend, Chioma Rowland, on Sunday. 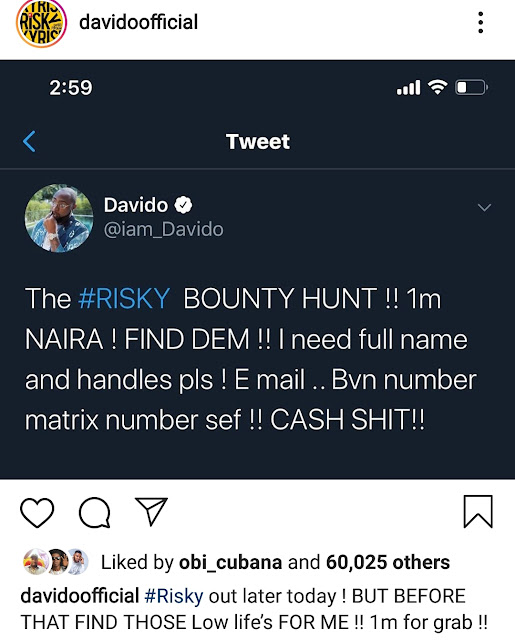 Responding to the trending video in which the young lady and her sister say that Davido is responsible for her pregnancy, the singer says the lady’s alleged pregnancy is “audio pregnancy,” meaning the pregnancy is either not real, or that the lady’s claim that he is responsible isn’t true.
In the trending video, the older of the two young ladies who identifies herself as Helen, says she had been celebrating her birthday at the hotel when the encounter happened between the singer and her (presumably, younger) sister.
Reacting to the video, Davido says, “Ur pregnancy nah audio.” 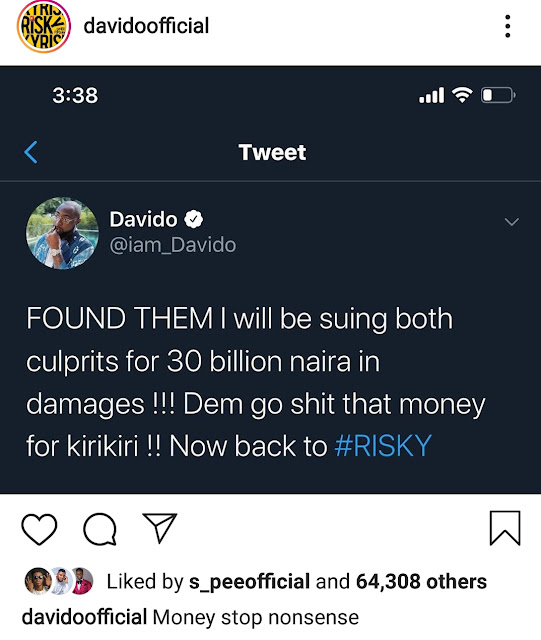 Also, in a tweet via his verified Twitter handle, Davido describes the claims of the sisters as an attempt at “clout chasing.” He also vowed to send them to jail.
He tweeted, “Y’all taking this clout chasing and social media shit too far!! Imma go to the end of the world and use all my power to make sure dem h*** end up in prison!!!!!”