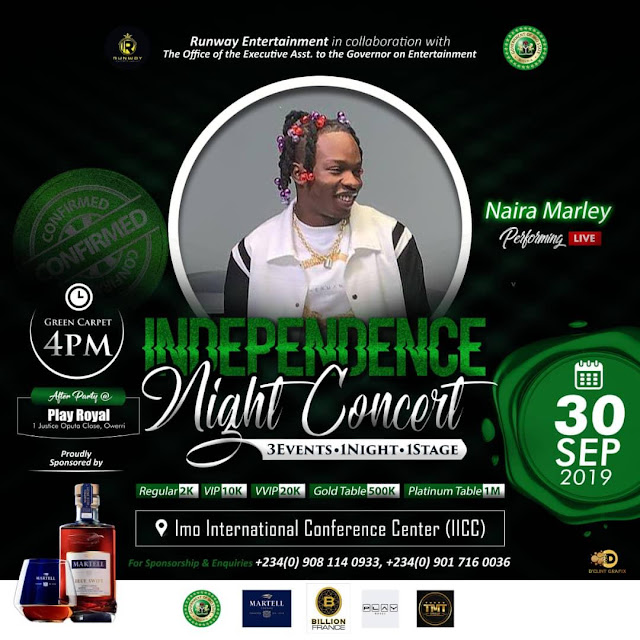 According to Mr Justin Chinedu Oguaghamba (Oga Jay), chief executive of Runway Entertainment, the organiser of the already sold-out show, said music and entertainment lovers are excited to see the rave of the moment perform Live first time in Owerri, the Eastern Heartland, hence the decision to enlist and contract the Nigerian rapper whose street credibility and fanbase seems to grow by the week. This followed the release of, 'Pxta' his fifth single of 2019.

During the show, Naira Marley will perform some of his mega-hits like 'Am I A Yahoo Boy?' 'Opotoyi,' 'Soapy,' 'Japa,' and 'Pxta' to his  South East fans. 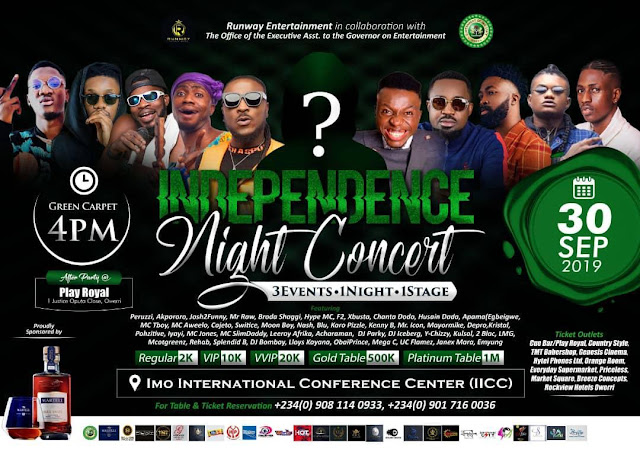 If you haven't gotten your ticket, kindly do, by contacting the numbers on the flier or ticket outlets in Owerri.