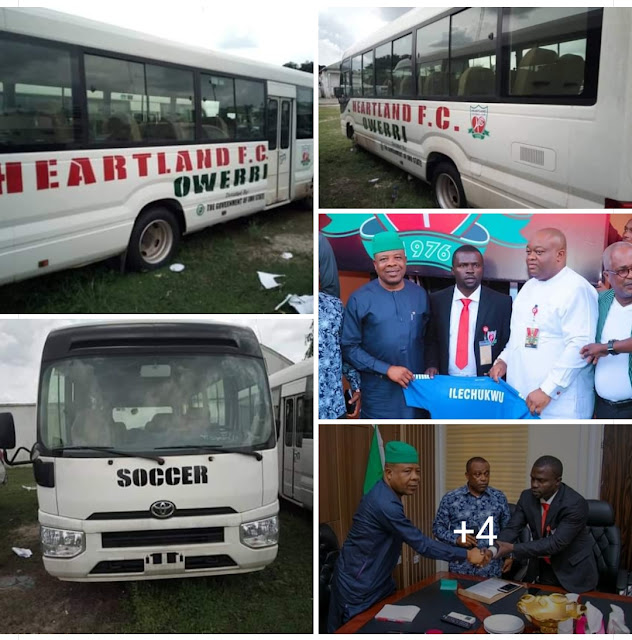 The Executive Governor of Imo State, Rt Hon Emeka Ihedioha has redeemed his promise to support and rejig Heartland FC of Owerri to take her pride of place in the scheme of things.
First was the hiring of an astute tactician in the person of Coach Fidelis Ilechukwu, Ikechukwu Ezenwa and other vibrant, energetic players followed suit. 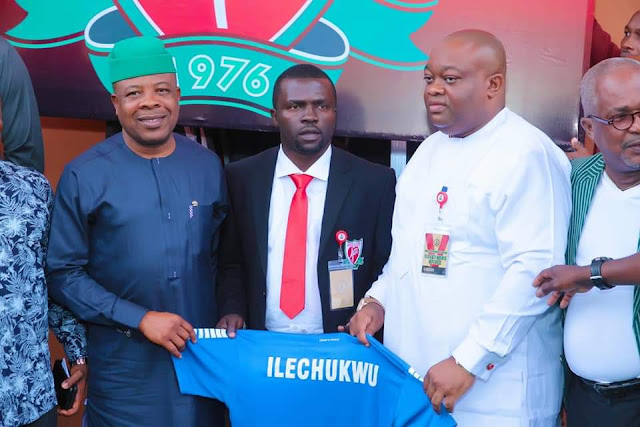 As if that wasn't enough, The Governor had gone a step further with the provision of a spanking new Bus for the team to ease the daunting challenge of transportation.
This apt gesture surprised the entire board, management and technical team of Heartland football club in the mid hours of Wednesday 25th September 2019 when the management stumbled on the Governor's gift at the Douglas house.  The General Manager of the Club Chief Ifeanyi Chukwudi was beyond excited as he expressed his boundless joy  in the prospect of utilizing the vehicle for the benefit of the Club. According to him, the issue of transportation has been a major concern to the management team since assuming office especially as it concerns  the rigours and challenges of the team  prosecuting  away matches in the 2019/2020 season commencing in October in terms of travel time, travel safety and travel cost. With the availability of a strong new Toyota coaster bus, those worries would be a thing of the past. 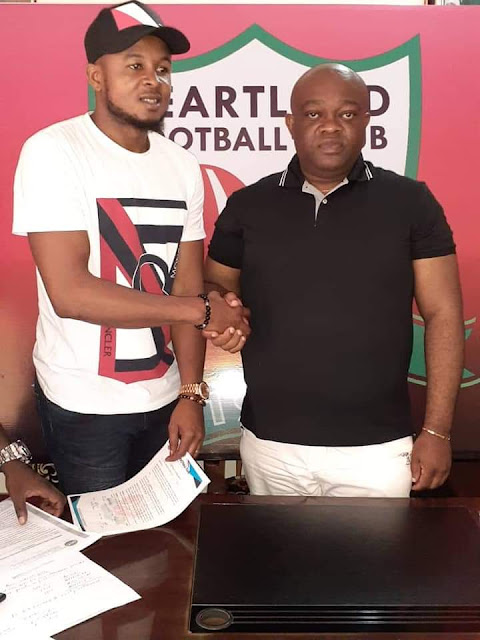 He prayed the almighty God to continue to bless the good effort of the Governor in his effort to redirect and reinvigour heartland FC of Owerri.  To whom much is given, much is also expected. The Heartland Chief promised not to disappoint the Governor.
The technical adviser Fidelis Ilechukwu praised the Governor for coming to their aid, promising that his team will reciprocate the gesture of the number one citizen . In the same vein,  the stand in captain of the team Uche Oguchi hailed the governor's gesture. He recalled with nostalgia how the number one citizen came to the aid of the team before he  assumed  office, when the team was fighting relegation . 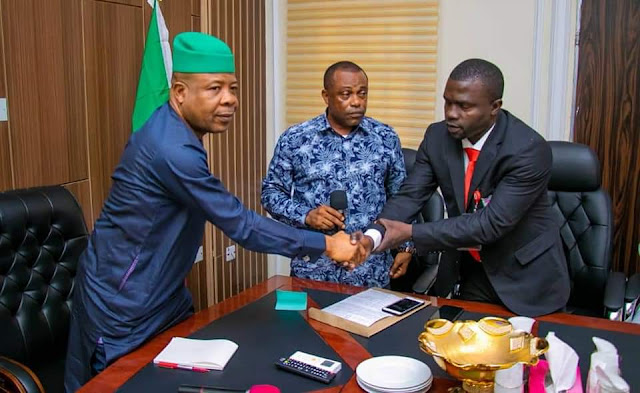 The purchase of a brand new Toyota coaster
bus is the latest in a series of achievements of Governor Emeka Ihedioha in repositioning Heartland FC of Owerri. Recall that during his inaugural speech ,his Excellency was particular about the dwindling fortunes of the Naze Millionaires and indeed sports in the State and promised to rebuild it. 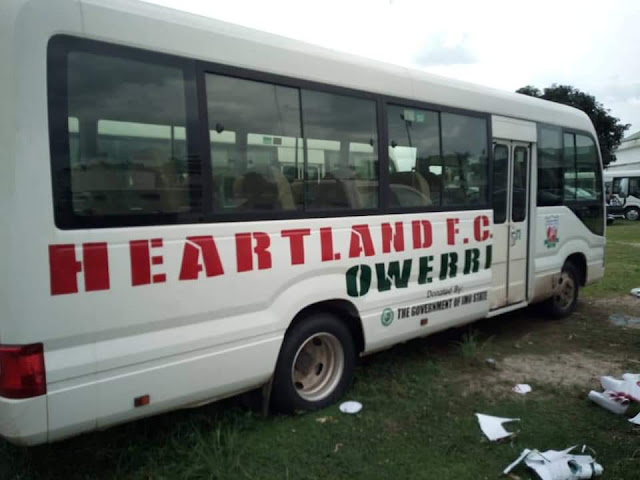 Governor Emeka Ihedioha went on to put action to his words by awarding contracts for the holistic renovation of the Dan Anyiam Stadium, the immediate constitution of a Management Board of Heartland FC which indicated a full return to work and all the required financial assistance in ensuring the services of Coach Fidelis Ilechukwu whom he personally unveiled at the Government House not forgetting the acquisition of marquee players to prosecute the upcoming NPFL season and a host of others too numerous to mention. 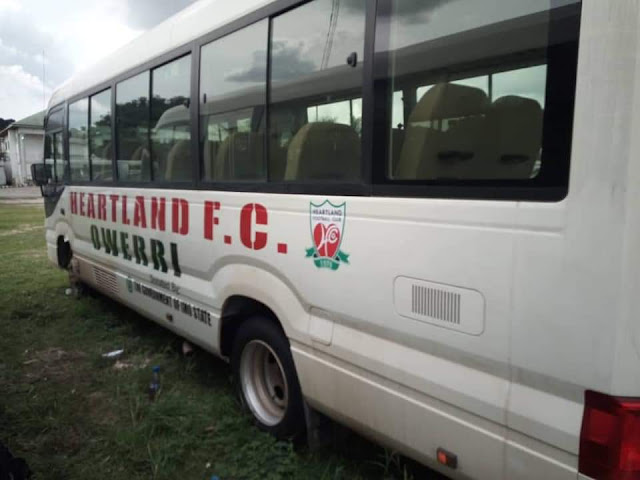 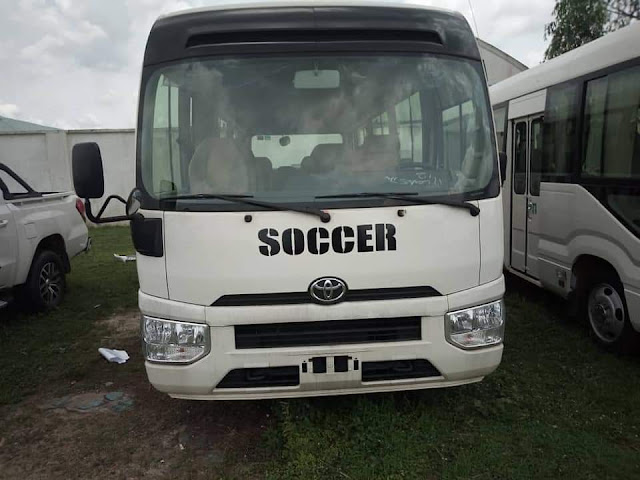 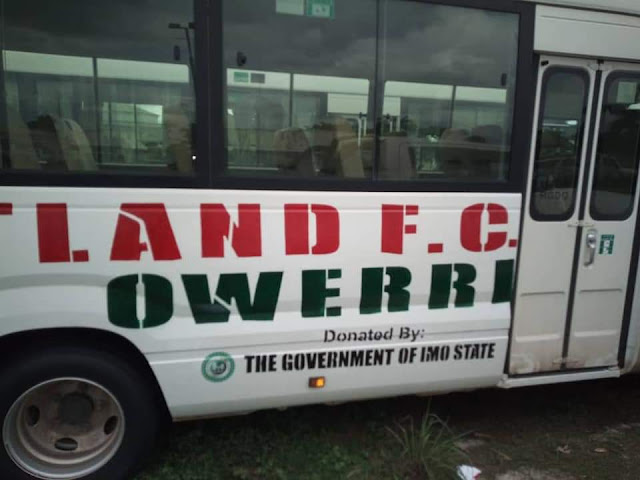 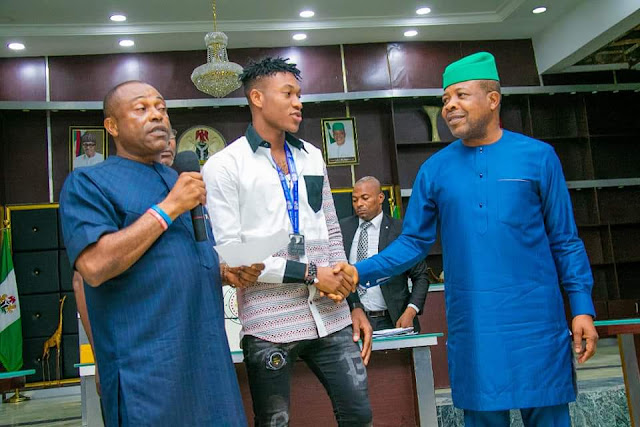