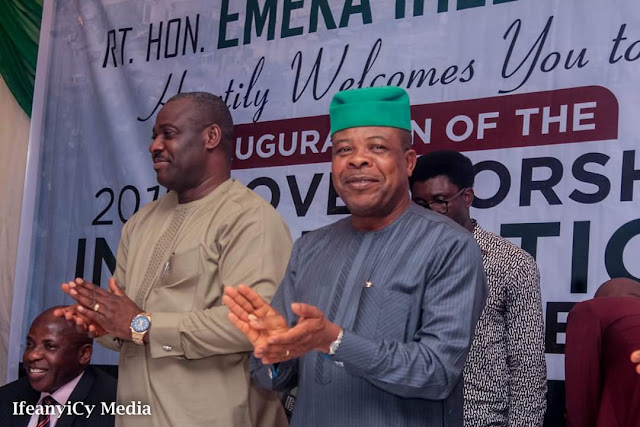 The Imo State Election Tribunal sitting in Abuja has dismissed the petition of the All Progressives Grand Alliance and its governorship candidate Senator Ifeanyi Araraume for lacking in merit.
The tribunal in its sitting today, Saturday, September 21, 2019 also dismissed the petition of the candidate of the Action Alliance Party, Mr. Uche Nwosu, for incompetence.
The Judges unanimously struck out  the petition of the All Progressive Congress, APC, candidate, Senator Hope Uzodinma for been based on hearsay evidence. Tribunal finds that the petitioners did not prove the unlawful exclusion of results as they are contending.
Three petitions were filed by the governorship candidates of the Action Alliance (AA), All Progressives Congress (APC) and All Progressives Grand Alliance (APGA),  asking the tribunal to nullify the election of Mr Emeka Ihedioha of the Peoples Democratic Party (PDP), on the ground that he was unlawfully declared as the governor of the state by the Independent National Electoral Commission (INEC).
However, the three petitions have now been dismissed as lacking in merit and election of the PDP candidate, Emeka Ihedioha upheld by the 2019 Imo Governorship election petition tribunal.