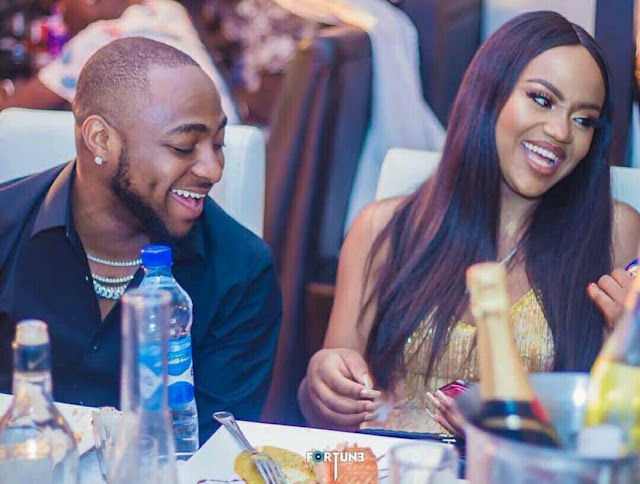 
The Osun State born music superstar who had earlier proposed to the Nkwerre, Imo state born chef, Chioma had taken a positive step further by engaging both families in a traditional marriage introduction which is the first thing acknowledged in Igbo land. 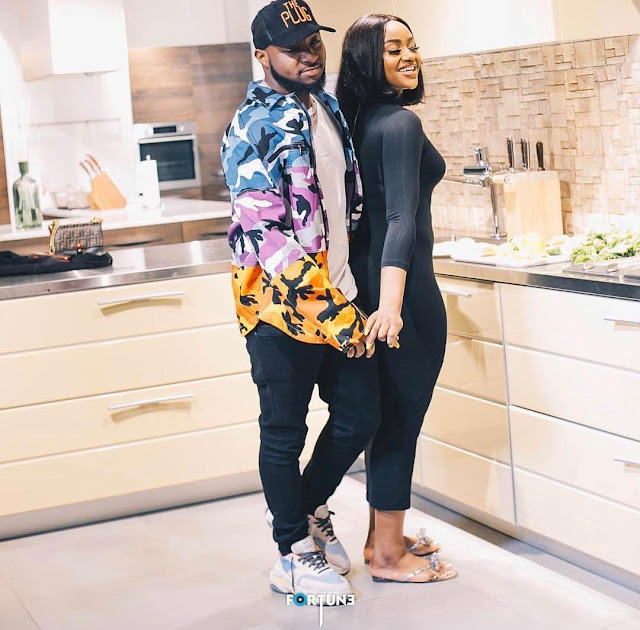 The traditional marriage which is proposed to take place at Owerri, the Imo State capital with a hatchtag  #Chivido2020 is expected to have in attendance world icons like Chris Brown and host of other International acts, Cubana Chief Priest, Mr Chibuike Okechukwu, a close associate of Davido had revealed. 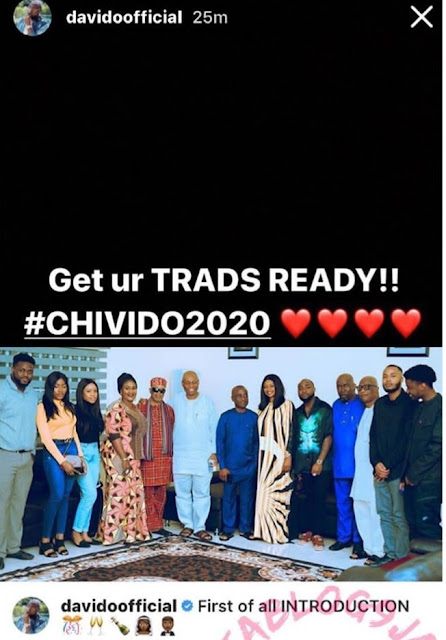 Davido yesterday shared a photo of his introduction ceremony via his Instagram page in the early hours of Tuesday, September 2, 2019. Even though he didn't say much in the caption, one thing is for sure...there is a wedding ceremony to plan.
"First of all INTRODUCTION, 🎊🥂🍾👰🏾🤵🏾" he wrote.


Congratulations to Davido Adeleke and Chioma Avril Rowland as they gear towards the journey of holy matrimony.