Menu
Home » Sports » WHY IS THE AKWA IBOM INTERNATIONAL STADIUM CALLED THE NEST OF CHAMPIONS?

WHY IS THE AKWA IBOM INTERNATIONAL STADIUM CALLED THE NEST OF CHAMPIONS? 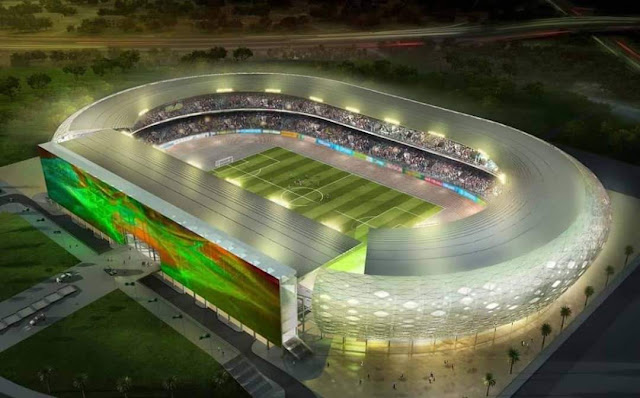 In sports circles, sports grounds are largely known by their aliases. The names tend to tell the story of the sports facility. Others are just a creation of it's owners.

Nicknames of stadia are used interchangeably.

Manchester United Stadium in Manchester is called Theatre of Dreams.

In Akwa Ibom, we have the Godswill Akpabio International Stadium also called The Nest of Champions, it has nothing to do with politics. Both names can be used interchangeably. No qualms.

The alias was officially proclaimed by then Governor Godswill AKPABIO on the 7th of November, 2014 at the Grand opening ceremony of the sporting edifice that had in attendance, President Goodluck Jonathan, Ghanaian leader President John Dramani Mahama and Ivorian Head of State, Dr. Alassane Ouattara

The Governor hinted that the 'Nest of Champions' was meant to produce the next set of champions like the Floyd Mayweathers, Cristiano Ronaldos, Le Roy Browns and Serena Williams of this world.

Anybody who is not happy with the name, "NEST OF CHAMPIONS" can as well argue with Dbanj why he uses Dbanj and not Oladapo Daniel Oyebanjo, which is still his name.