UGWUMBA @ 44: LEADERSHIP LESSONS FROM A LIFE DEDICATED TO SERVICE 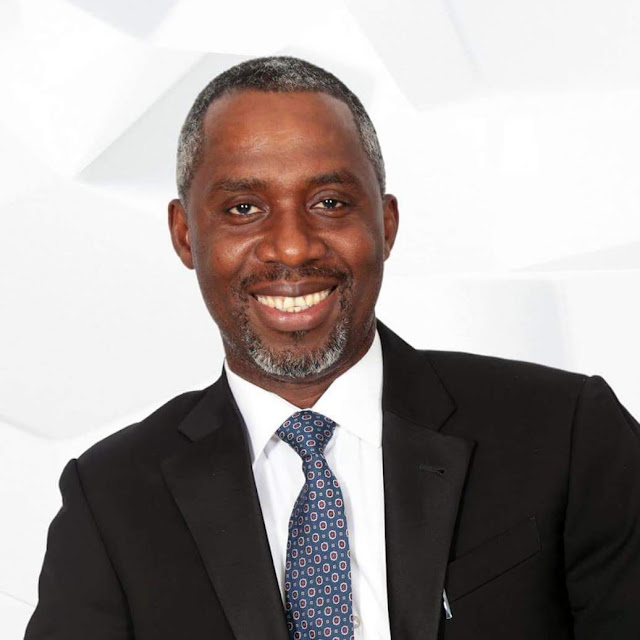 When Mama Jemaimah Nwosu's little baby popped out in a local hospital somewhere in today's Njaba LGA of Imo State, she was full of smiles, even in the midst of pains. Like every mother, it was one of those few days when the cry of her beautiful baby made her smile, instead of getting her worried. For every scream of cry made by the little baby, the pains of Mama Jemaimah is subsumed into joy and hope. A boy it was that popped out, and a beautiful little parcel of joy he brought to Mama and to the entire family. This child, 44 years after, has not just been a source of joy and fulfillment to the Nwosus of Eziama-Obaire in Nkwere LGA, but to the entire Imo State, Nigeria and humanity in general.

Over the past 44 years of a very eventful and enviable life, Uchechukwu, who later earned the revered chieftaincy title of Ugwumba from all the traditional rulers in the four LGAs that make up the largest federal constituency in Nigeria - Nkwere, Isu, Njaba, Nwangele Federal Constituency -, has not seized to put smiles on the faces of as many people as have come in contact with him, across the country, especially, in Imo State and the Southeast Nigeria.

Ugwumba Uche Nwosu did not have it all rosy growing up, neither did some Manna fall from Heaven for him along the way. His successes today, in business and politics are traceable and are reference points on leadership excellence and life generally. We have so often talked about his steady rise to fame and prosperity from a family background that was all but wealthy and famous. Ugwumba's fame becomes all the more exciting to leadership scholars and aspirants, when it is considered on the background of the few chances he had.

At 44 years of age, Ugwumba has grown from the young boy who hawked soft drinks, oranges and other little perishables on the streets of Aba, the undergraduate who traveled home every weekend to work at constructions sites,to the young graduate who won election and served meritoriously as the first Director of Transport of the Imo State University Students' Union Government, and that young graduate who started off as a Personal Assistant to the Director-General of Rochas Foundation Schools placed on an initial basic salary of 15,000 Naira as at 1999 when Minimum wage was barely 7500 Naira monthly at he federal level and a lot less in many States. In Imo, it was about 4000 Naira then. Then he moved up the ladder to serving as a Special Adviser to the President of Rochas Foundation, then Personal Assistant still to the Special Adviser to the President of the Federal Republic of Nigeria and then further on as Special Adviser to the Chairman of Nigerian Airspace Management Agency (NAMA). His rise to fame has been consistent and without a trace of dent. He was at various times, the National Secretary of the Action Alliance, and the National Financial Secretary of the same Party at another time. Ugwumba was at the steering chair of the Rochas Okorocha Presidential Campaigns for 2003 and 2007. He was also integral to the bid by Owelle to serve as national Chairman of the PDP, then the successful campaign for the Imo State governorship in 2011. Ugwumba was first appointed the Deputy Chief of Staff to the governor, then went on to be appointed the Commissioner for Lands, and then further on as Chief of Staff to the Imo State Governor, before he successfully ran for the governorship ticket of the APC, which he was robbed of, before he clinched the governorship ticket of the Action Alliance, on whose platform he ran for the governorship, got the overwhelming support of Imo people, but was denied his mandate by the cabal and some unscrupulous elements in INEC.

One can make bold to say that Ugwumba has come a long way and has worked for everything he has, coupled with God's grace, which has seen him succeed where others, with mabe, better opportunities failed. If there is one thing that has stood him out and which every leadership aspirant must learn, it is his ability to make the best use of any opportunity that comes his way, no matter, how slight, such opportunities might have been. Ugwumba did not keep giving excuses, even though he could have got a pile of them, if he wanted to dwell on them. But through difficulties, he saw opportunities and made the best of them. You too can!

Like Drew Barrymore, Ugwumba Uche Nwosu "prayed to be like the ocean, with soft currents, maybe waves at times. More and more, wanting the CONSISTENCY, rather than the highs and the lows." Consistency is one thing that has kept Uche Nwosu going all the while, and it is a fundamental secret of his successes, so far. He identified his dreams early enough, picked a mentor, worked his way to gaining his confidence and has stayed on that lane of PATIENCE that has seen many a great men succeed where many warriors failed. Like Maya Angelou did point out; "One isn't necessarily born with courage, but one is born with potential. Without courage, we cannot practice any other virtue with consistency."

Serving an average Nigerian big man, especially, the politically exposed among them, requires a whole lot of patience, and I can tell you from close observation that Ugwumba is one of the most patient men I have seen or come in contact with. He didn't get to where he is today, by merely been lucky, but by being patient while working and waiting for that lucky stroke. Like St. Augustine did observe; “patience is the companion of wisdom.” Ugwumba Uche Nwosu equally understands the words of a prominent psychoanalyst of the 20th century, Carl Jung that; “Even a happy life cannot be without a measure of darkness, and the word happy would lose its meaning if it were not balanced by sadness. It is far better to take things as they come along with patience and equanimity.”

Integrity and honesty are other key qualities of Ugwumba Uche Nwosu that have seen him come this far in life and his political pursuits. Without these key ingredients of leadership excellence, one would only be running round a circle without making any meaningful stride. Ugwumba Uche Nwosu has earned the trust of the mighty and the lowly in the society, because he has shown great reasons to be trusted. He has always used the opportunities that came his way in public service to serve the best interest of the people. He has never betrayed the trust of the people, nor taken the confidence of partners for granted. This is why you can see a whole lot of people, consistently rooting for him and ready to take bullets on his behalf, in order to ensure the realization of his aspirations. It is mostly due to these attributes that Ugwumba Uche Nwosu remains one of the few Nigerian high-flying politicians that have kept some of their closest friends from childhood, close, up till this moment. The idea that a ‘friend in power is a friend lost’ has been proven false by the Eziama-Obaire born real estate mogul.

One thing everyone who has come in contact with Ugwumba Uche Nwosu would immediately confirm to you is that he is among the humblest politicians in today’s Nigeria. His humility is also without pretence. He is genuinely humble and can go all the way to be the servant, even where people who are supposed to be his subordinates are. People follow him with ease, not because he forces them to, but because he convinces them to do just that. His humility is so infectious that you would be forced to learn this important attribute of a leader, should you observe him. Ugwumba once told me that; “humility does not reduce the powers of a leader, but increases it, for it is from showing that you are not higher than the people that you earn their trust and you cannot lead a people if you do not earn their trust.”

Talking about his generosity and compassion may be boring, because, it is one thing, even his most avowed political rival would give up to him. A governorship candidate in the 2019 general elections, who was of course, one of Ugwumba’s rivals, once asked me; “How does your man manage to be so good to so many number of people, without getting tired?” This governorship candidate wasn’t talking about Ugwumba’s deep pocket, rather, his willingness to invest towards making the lives of others better. Even when he is betrayed, he hardly picks offence, but rather moves on like nothing really happened. He thinks of other people’s problems, as if they directly affect him, and his compassion goes beyond the boundaries of those who support his aspiration and friends, to those he might actually have reasons to be angry with. For him, once you have a problem he can solve, it doesn’t matter if you had hurt him in the past or not, he is your friend, as long as he can help you.

Ugwumba Uche Nwosu has dedicated most of his life to serving humanity, in different capacities, whether in power or out of power, he has shown rare leadership capacities that can only be found in men with unusual humanness. His life and strides are bundles of lessons to those who aspire to lead in their different fields of endeavour. As he marks his 44th year on earth, it is fair to join all Imolites and Nigerians of good conscience to wish him a very prosperous future and better services to humanity, no matter the position he finds himself.
Posted by IfeanyiCy Njoku
Labels: Features