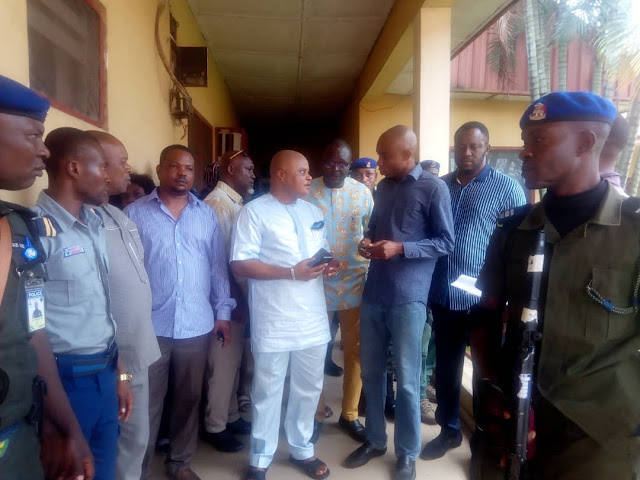 FMC OWERRI DOCTOR'S PLEADS WITH ARARAUME, IMO CP TO INTERVENE IN THE SPATE OF KIDNAPPING OF DOCTORS.

– As Araraume pays bill of over 20 patients.

The mood was pensive yesterday, Sunday the 19th of August 2019 at the Federal Medical center owerri sequel to the kidnap of one  Dr Ukachukwu Egbuzie a medical practitioner with FMC Owerri lmo state.

The arrival of distinguish senator Ifeanyi Araraume accompanied by his routine of aides  to the hospital changed the pensive mood into a gloomy one.
The atmosphere was charged as he was surprisingly received by a mammoth crowd and patients relatives chanting   (... Araraume na u we know ooo)

Senator Araraume was in the hospital to visit Mr Bright Aguguo of umuluwe umuduru autonomous community lsiala Mbano LGA, lmo state who has been suffering from hyperplastic goiter but could not afford the high cost of the medical bill.

Araraume Destiny Foundation, a foundation founded by senator Araraume undertook the responsibility of his medical bills to the tune of #3,000000(three million naira) which saw him undergo a major surgery at the Federal Medical center owerri.

The successful surgery was performed by a team of Doctors led by Dr Ekwunife, Dr Ukachukwu Egbuzie and other doctors. 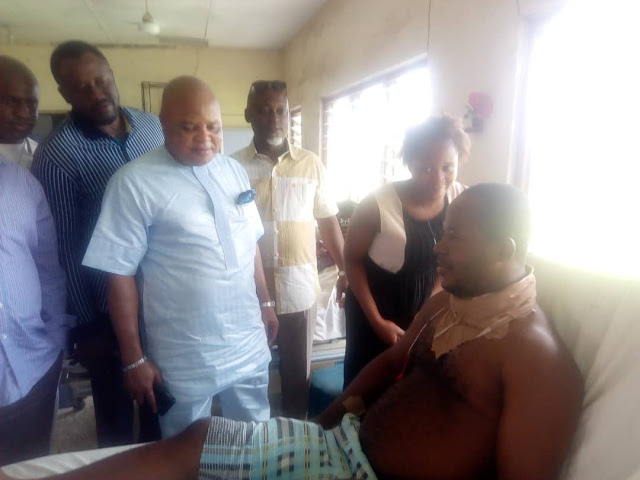 The success of the surgery prompted senator Araraume to pay an unscheduled visit to the hospital  and to thank God for the successful surgery and recuperation of Mr Bright Aguguo.
Araraume who was moved to tears after watching patients in the hospital groan under pains, and some who have been discharged but stayed back as a result of  paucity of funds to offset their hospital bills, gave out money to well over 20 patients in that ward. He promised to come back again to meet with the chief medical Director  to clear the backlog of bills of patients discharged in the entire hospital who cannot afford to pay their medical bills. It was while charting with Mr Bright Agaguo that some Doctors working with the FMC Owerri met with senator Araraume in the ward 6 wing of the hospital ably led by the president of the Resident doctors Association Dr Nwafor.

While addressing senator Araraume, Dr Nwafor told the former senator for lmo North senatorial zone that Doctors working with the hospital complex are under siege. He said that doctors are been kidnapped almost on weekly basis while government and security agencies kept mum on the issue. The latest victim is Dr Ukachukwu Egbuzie. Recall that Dr Ukachukwu was part of the team that carried out  successful surgery on Mr Bright Aguguo, the patient senator Araraume had come to visit at FMC Owerri . Senator please, as a stakeholder and prominent lmo  politician, we urge you to come to our aid by calling on the lnspector  General of police, the commissioner of police lmo state command and other sister security agencies to step in and take  a proactive measure  to curb this incessant attack on our colleagues. We will be pushed to demonstrate on the streets and possibly withdraw our services if nothing is done he retorted. 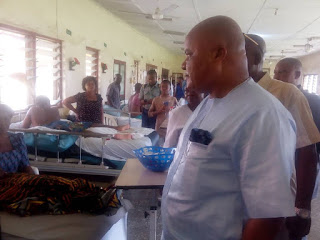 Their latest victim,  Dr Ukachukwu Egbuzie was kidnapped on Saturday night at about 8pm along lmo state university road after leaving the hospital.

In an interview with Mrs Ezinne Egbuzie, wife to the kidnapped victim, she confirmed that the kidnappers have established contact with the family and are demanding a ransom of twenty million naira. Mrs Ezinne who came close to tears while responding to questions called on senator Araraume to come to their aid.

Araraume while responding promised to use his contact to ensure that something urgent was done.
He swiftly put up a call to the commissioner of police lmo state command, and led the Doctors to the residence of the CP. 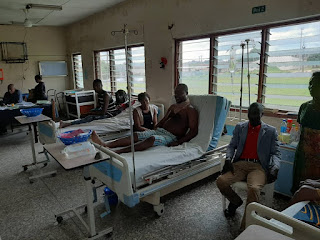 He was accompanied by Dr Nwakor, a police Doctor attached to the FMC Owerri, Dr Nwakor, the president of the Resident Doctor and many other medical professionals.

They were warmly received by the CP Imo state command.
Senator Araraume addressed the CP on the challenges been encountered by the Doctors working at the Federal Medical center owerri as it concerns the spate of kidnapping.

The CP thanked Araraume for the bold step taken in bringing the resident Doctors.
It shows that you are indeed a leader who lives by exemplary leadership.
The CP promised to immediately swing into action. He invited the officers in charge of anti kidnapping and other sections and gave a marching order to ensure that  Dr Ukachukwu Egbuzie be rescued from the fangs of his abductors.
The CP recalled the recent arrest made at the hideouts of the kidnappers in Njaba and lsiala mbano respectively where a 75 years old man was rescued as well as  7 victims at a thick forest in elele Rivers state by officers and men under his command. 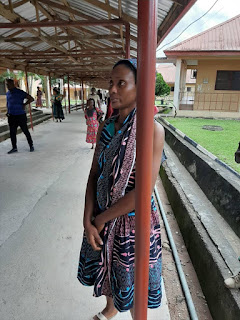 Senator Araraume gave the wife of the kidnapped Dr, Mrs Ezinne, the sum of #50, 000. In an emotion laden voice Mrs Ezinne expressed gratitude to Distinguished senator Ifeanyi Araraume for showing them love. We can't thank you enough. Meeting you for the very first time, you took our problem very personal. 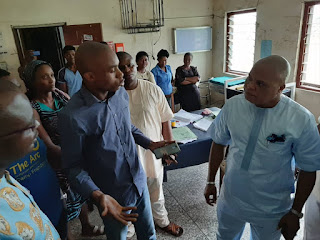 Also in his reaction, Dr Nwakor a police Doctor, said it is so amazing. Honestly senator Araraume's action today has changed my perception about him, he is now my favorite supporter. I never knew he is such a kind hearted man. He has demonstrated a very rare quality unlike our politicians who will promise to take action but once they leave that arena, you will not hear from them again but, senator Ifeanyi Araraume, amidst his very tight schedule, gave us audience, went a step further by taking us to the Commissioner of police lmo state command, he is a visionary and proactive leader. That is the type of man that should be our governor he enthused.

The patient, Mr Bright Aguguo and wife thanked senator Ifeanyi Araraume for coming to their  aid by sponsoring her husband's surgery through his foundation. They prayed God to bless him abundantly. They also thanked the protocol Aide to senator Araraume Hon Damian Mbahuotu who has been looking after him for the period of three months he has been in the hospital. He prayed for God's grace upon him
Posted by IfeanyiCy Njoku
Labels: News