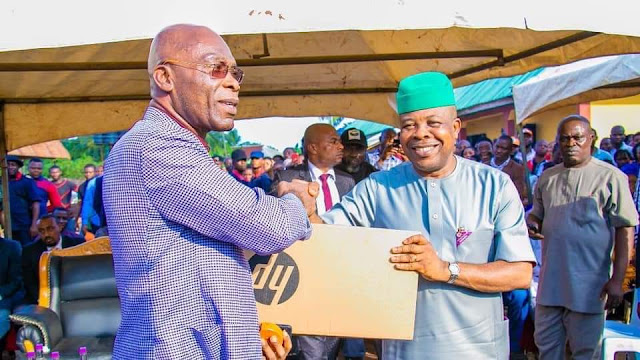 By Lancelot Obiaku
The governor of Imo State, Emeka Ihedioha, has been described as a leader with the capacity to positively change the history of the state.
The founder, chairman and Chief Executive Officer of Zinox Technologies, Mr. Leo Stan Ekeh,  made the remark on Tuesday at Ubomiri in  Mbaitoli local government area of the state, when the governor flagged off a World Bank assisted 13.5 billion Rural Access and Mobility Program (RAMP) road projects in the 27 LGAs of the state.
He also described the governor as a humble man and said he will keep supporting his administration for the betterment of the state. 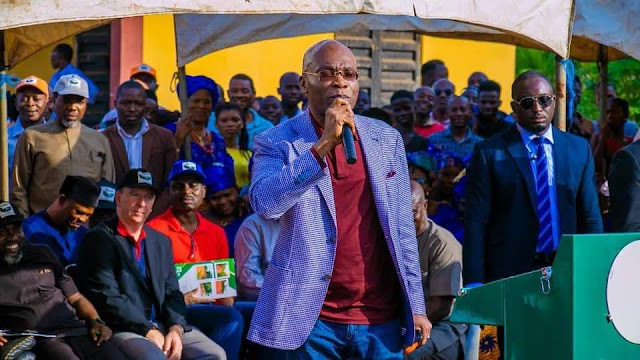 Ekeh, who is also the CEO of Konga.com, an online shopping mall, donated 20 laptop computers and printers to the state government.
The business mogul announced that as from October 1, 2019, his foundation will commence the disbursement of zero interest loans to the tune of one billion naira, to assist young people start businesses.
He stated that another 500 million naira will be spent on the sponsoring of the education of indigent people up to University level.
Ekeh averred that the loan and education schemes were to support the efforts of the state government in human capital development and empowerment of citizens of the state. 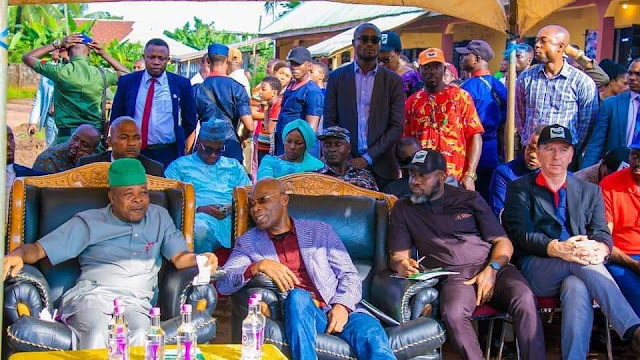 "I will support the administration of Gov. Emeka Ihedioha for 8 years, and if possible, beyond that. I am not a politician but having seen that the current government mean well for the people of Imo State, I decided to initiate these programmes to support it.
"I have spoken with the traditional rulers and they attested that the government of the day is doing well"
He noted that the beneficiaries of the schemes will be spread across the 27 LGAs of the state.