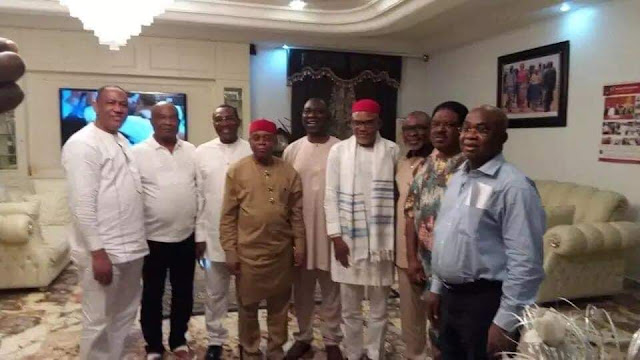 The fugitive also warned other Igbo leaders except a senator, Enyinnaya Abaribe, not to travel out of the country for their own good.
Mr Kanu announced this in a live broadcast on the rogue radio station, Radio Biafra, on Sunday night.
He was speaking on the recent attack by some of his group’s members on a senator, Ike Ekweremadu, in Germany and the spate of killings and kidnappings in the southeast.

He said a member of IPOB has made the money available for credible information anytime the governors of the Southeast and other leaders from the zone are traveling.
“So if you are working in any Government House in Southeast and you know which city in the world your governor is going to be, inform us so that we will mobilise for him and you will be rewarded with N1 million.”

In the 87 minutes broadcast, Mr Kanu said the grudge of the group with the governors is that they proscribed the group.