Imo: Iwuanyanwu Makes Case for Employment and Empowerment of People with Disabilities 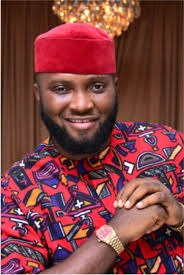 The member representing Nwangele state Constituency at the Imo state House of Assembly Hon Sir Amara Iwuanyanwu Tuesday moved a motion at the floor of the House of Assembly for the inclusion of persons living with disabilities both at the state and LGA levels.
Iwuanyanwu noted that disability is a worldwide phenomenon that has no boundary and cut across countries, sex, age , religion, social status, economic and political positions.
He however argued that the National Assembly had in 2003 estimated that there are over 20 million people living with disability in the country describing the number of disability in the state as worrisome
The lawmaker said that the disabled people experience and suffer from the  discriminatory attitude of most members of the public and the government in terms of policy, discussion making and implementation on the issues that affect their live.
According to him,  section 17(3) a of the 1999 Nigerian constitution enjoins the state to carry out its social responsibilities towards ensuring that all citizens live without discrimination whatsoever including having the opportunity to secure adequate means of livelihood as well as adequate opportunity to secure suitable employment.
Iwuanyanwu  also said that most of the disabled persons are willing to work and have been waiting for the opportunity because work increases their self esteem and quality of life, stating that the absence of mass training or any reliable policy for financial assistance either in the form of employment in the various sectors in the state, unemployment benefits or even disability benefits, most of them have no choice   but to resort to begging for survival hence enduring all forms of hardship
The legislator called on the state governor to, as a matter of fairness and social justice offer employment opportunities to them in Ministries, Departments and Agencies (MDAs) and also to direct the Interim Management Committee Chairmen in various LGAs to appoint them in their various LGAs.
Other co-sponsores include Hon. Philip Ejiogu and Hon. Nwosu Anyadike.