IHEDIOHA AND THE BURDEN OF HISTORY– By Ike C Ibe 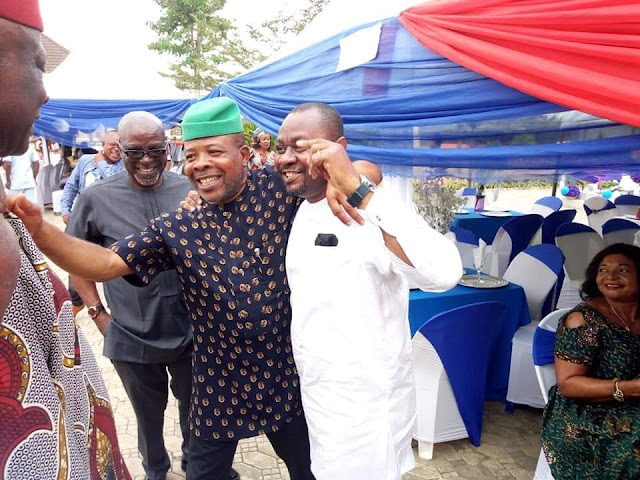 While I was campaigning to be governor of Imo state across the 305 wards, one recurring statement I made was that ‘any governor who takes over from Rochas Okorocha will go through hell and must find a way to create a new economy and finds fresh resources to rebuild Imo state’. It is no longer news that 2011 to 2019 witnessed the saddest chapter in Imo economy. We have all dwelt enough on that. The current debate is focused on Governor Emeka Ihedioha coming out of the hell created in the last 8 years and finding ways to create a new IMO Economy. To do this, the governor must not just think outside the box, but go as far away from the box as possible to be able to think well and recreate our economy.

IMO was turned into a cesspool of corruption and needs practical and professional actions and activities to develop new pathways to prosperity. In the first 70 days or so of Ihedioha administration, objectively speaking, I think he has taken several steps to start charting the desired course. The average citizen may not be immediately applauding because they have not seen usual ‘new roads’ or spontaneous projects springing up in their communities, but which responsible governor will invest heavily on roads during the rains? The best thing is palliative patch work till the rains are over. These are currently going on while major roads crying for major construction or reconstruction are being identified. I have heard recent government announcements of several of these roads waiting to kick off post rains.

To it’s credit, Ihedioha has empaneled many committees charged with different functions and tasks directly related to reviving the economy. Some have called Ihedioha a Committee Governor in criticism. They say he’s acting as is he is still doing legislative work. But I think those criticisms are ill conceived because the man adopted a most efficient way of engaging competent usually expensive professionals for targeted short-term  immediate assignments at little or no cost to the government. This modus I believe, was adopted because the new government inherited a state that is terribly disorganized with totally collapsed infrastructure and projects. Many of these committees have impressively turned in their reports within allotted time and these reports form the fulcrum of the efforts to make policies that will begin the economic recreation process of IMO state. For Ihedioha to prune the unwieldy and unviable 31 ministries into 18 trim and carefully realigned ministries shows a shrewd and genuine effort at policy engineering. Recently, Commissioners were appointed to run these ministries. The balancing act of party political patronage with the need for competent hands was effectively achieved.

IMO probably has set a high standard in putting many square pegs in square holes. Professor Viola Onwuliri who once recently worked as Education Minister, Foreign Affairs Minister etc is heading Imo state ministry of education. While some were shocked at her decision to be a commissioner after being a minister, Onwuliri at her level doesn’t seem to have the hunger of stomach but the hunger to render radical services for the redemption of IMO her dear state at this critical time. I imagine that there is hardly any local and international agency that will not open doors for her in the quest to find fresh resources for IMO. Professor Joseph Uwaleke, the finance commissioner, was head of department of banking and finance at Nassarawa state university, a chief economist at Security and Exchange Commission, an examiner of senior bankers among other local and international theoretical and practical experiences. He brings credibility and professionalism into Imo finances. Reginald Ihebuzor the Budget and Planning Commissioner is an accomplished senior banker, fiscal consultant and budget specialist whose leverage and experience will no doubt be key to producing balanced and financed but frugal budgeting and planning. Ben Ekwueme of the Works ministry is an accomplishment chartered engineer who has successfully plied his trade both in Nigeria and United States and should be able to deliver sustainable and enduring public works projects especially roads unlike what happened in the last eight years. Dr. Vincent Udokwu for health, Chuma Nnaji in public utilities, ICT guru Mekam Mgbemelu in science and technology and several other professionals and competent technocrats including a thoroughbred Senior Advocate of Nigeria Mr. Ugochukwu Nnawuchi as the Attorney General all bring renewed zeal and great expectations to Ihedioha cabinet. This team with earlier appointed Special Advisers and Assistants have their work cut out for them.

One thing is clear. These men and women have the discipline and reputation not to be sycophants. They can look the Governor in the eye and tell him when he is wrong. Most especially I think most of them have to trainings and competences to design programs and services that will recreate and rebuild IMO state.

The government however, must also keep an eagle eye over what goes on in the 27 local governments areas. They have direct access to joint minimum average of 2.7 billion naira every month. If these monies are committed into strategic development projects across the LGs then there will be reduced pressure on the state with development spreading everywhere. The Governor must have the political lever to stop usual little Hitlers from overrunning the commonwealth of the local governments.

While not being a fan of the traditional 100 days in office rituals, I see that the government has already kickstarted great ideas and programs. It has effectively re-engaged international development partner’s fulfilling obligations that will significantly lift IMO economy, assembled competent working teams, engaged pro bono and passionately committed professionals etc. Though it’s still a long way and just at the beginning, IMO people are reputed to be impatient with their leaders. They also keep stones and flowers in the homes waiting for tenures to end before deciding which one to give to their leaders. I urge Ihedioha not to have anything to do with bootlickers. If he continues on the trajectory of the first 70 days I believe he will get flowers from IMO people at the end of his tenure. Until then, he has a huge burden of history. For the sake of Imo people, he has our support and prayers.