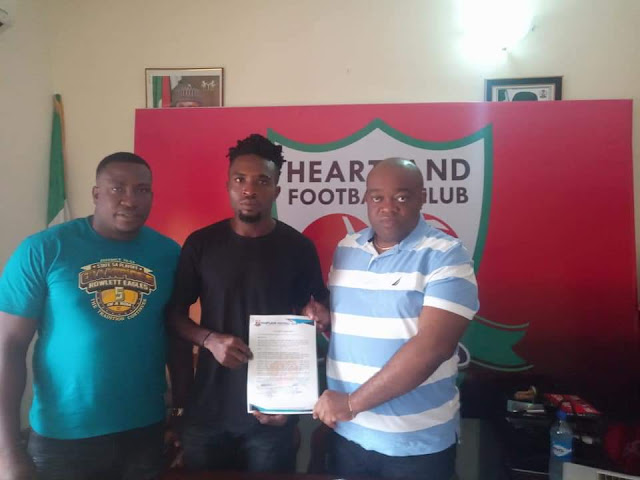 Things are going fast and swift for Heartland FC of Owerri with the air of optimism that the good days are here again.
The Naze Millionaires have acquired the services of Edward Daddy Okoya from Yobe Desert Stars on a Three year deal for an undisclosed fee. The 24 Year old box to box midfielder is the second player to join the team after the marquee signing of Super Eagles Goalkeeper Ikechukwu Ezenwa from Katsina United. Edward Okoya, an Indigene of Edo State, has previously represented Niger Tornadoes and  Lobi Stars and is poised to add grit and steel in the middle of the pack for his new employers.

In his first words as a Heartland Player, the midfielder expressed his gratitude to God for the opportunity to play for one of the biggest Clubs in the NPFL, while tasking himself to contribute immensely to ensuring that the Naze Millionaires secure a continental ticket at the end of the 2019/2020 football season. 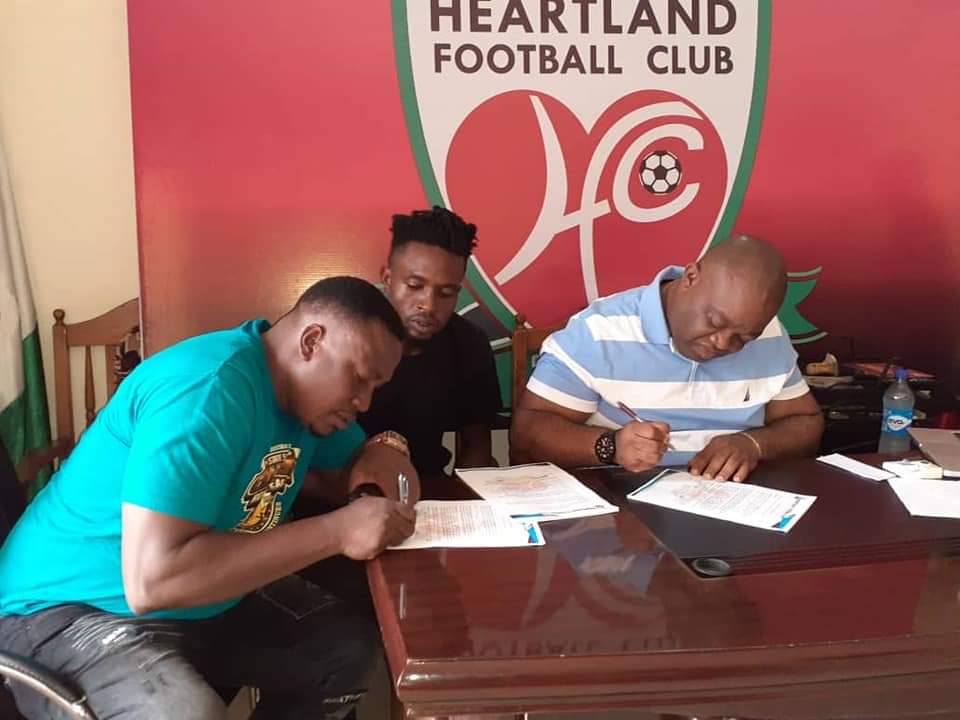 Meanwhile, Chief Chukwudi Ifeanyi, General Manager of Heartland FC Owerri, lauded the signing of Daddy while stressing that the club needed quality players like him to achieve its aim. He also posed that Heartland FC's darling fans will quickly take to the new player once they see him play. According to the administrative supremo, more signings are in the pipeline in order to bolster Coach Ilechukwu's team for the task ahead. 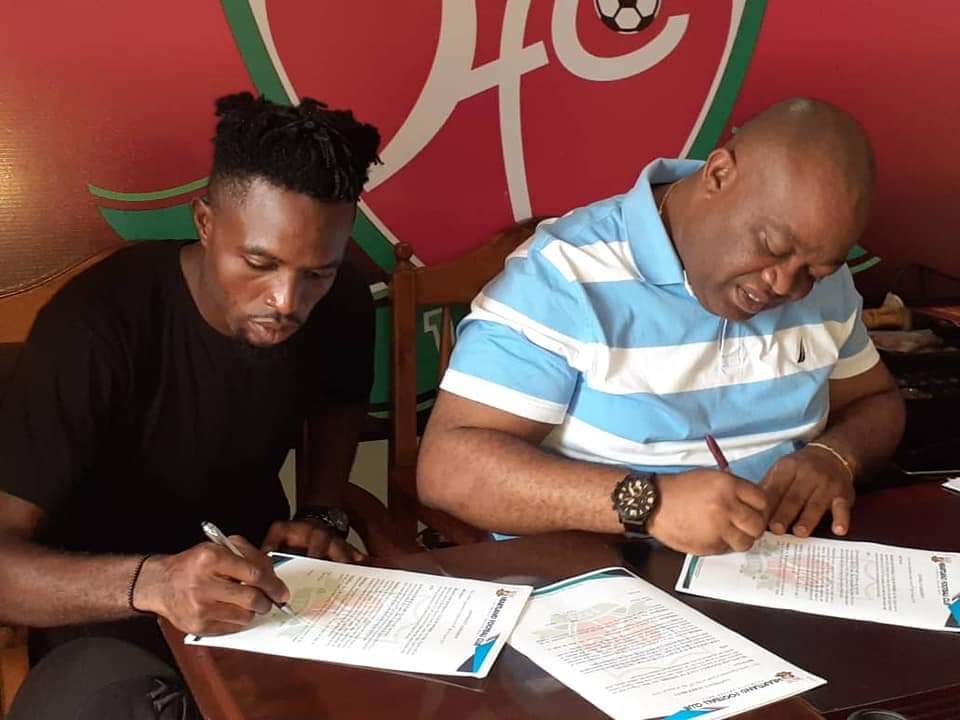 In another positive development, former Super Eagles player and now Senior Special Assistant  to the Imo State Governor on Sports, Ambassador Kanu 'Papilo' Nwankwo visited the camp of Heartland Football Club in Okigwe. The morale was literally high among the players in the presence of the August Visitor. The former Iwuanyanwu Nationale, Ajax Amsterdam, Inter  Milan, Arsenal and Portsmouth player disclosed that the reason for his unannounced visit to the team was simple - to put the words of the Governor to action by making sure that the necessary support was available for the team to take Heartland FC to its rightful place in the scheme of things. He also recognized the past achievements of Coach Fidelis Ilechukwu at MFM FC stating that he had no doubts that Heartland FC would provide a better platform to achieve even more for himself and the Club.

He admonished the players to bring out the best in them and produce the goods for the teeming fans of the Club.