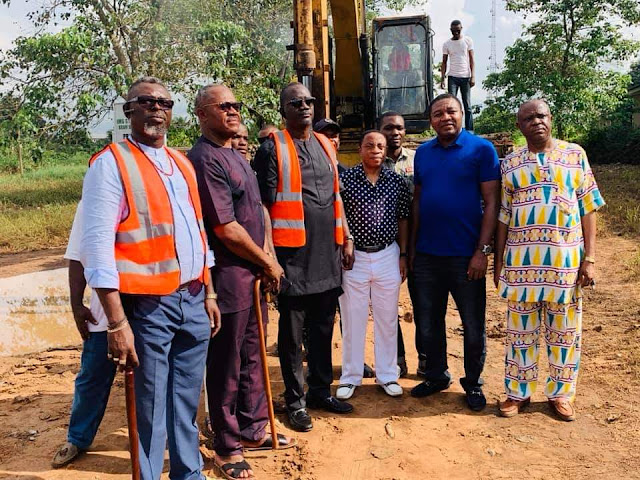 There was a noticeable joy in the air, Thursday August 8th, 2019 at Imo State University (IMSU) main campus, Owerri when the authorities of Imo State Environmental Transformation Commission - ENTRACO led by the General Manager and Special Adviser to the governor on Sanitation, Hon. Alex Emeziem, with Director/Head of Operation, Chief Udochukwu Anusiem (Odoebube Mbaitoli) and the Commission's Earth-Moving Swim-Burger Machines landed at the Imo State University site of Lake Nwaebere,Okigwe Road Owerri for cleaning and re-channeling of Owerri floods.

Hon. Emeziem who spoke with field journalists on hand disclosed that Governor Emeka Ihedioha has graciously directed that ENTRACO bring in the machines from Port- Harcourt to start the de-silting of Lake Nwaebere for proper channeling of Owerri floods.

He said, "Excavators and one other Swim-Buggy is on the way as, the situation has created great concern to the Rebuild Imo Government". 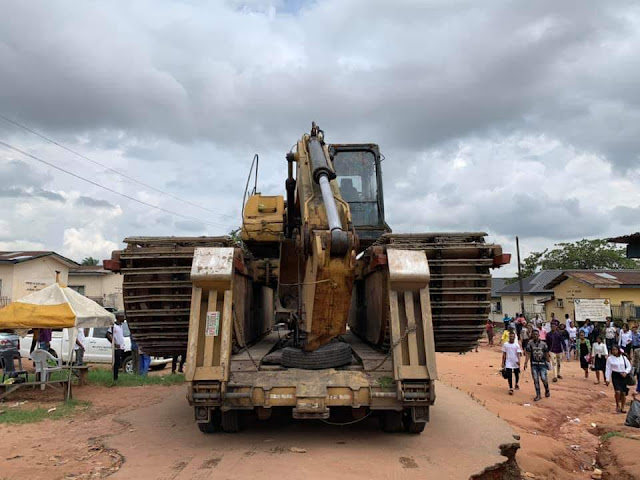 The ENTRACO Boss recalled with nostalgia how the University Primary School use to be in its heir days, adding that last administration did not make reasonable effort in reclaiming the environmental estate tics of IMSU.

He assured that Governor Ihedioha is irrevocably committed and resolved towards rebuilding the state making life more meaningful. Asked about the houses on the waterways, he told newsmen that it’s disheartening that our University built by the Lake has now being allowed to decay, but not by our Rebuild Imo Team.

Hon. Emeziem noted that about 3 (Three) Water Basins (Water Retention shades) at Mbano Street, Trans-Egbu Axis, etc are to be de-silted. "We are committed as in less than 100 days in office, we have opened up the tunnels and de-silted the gutters. We have the capacity and vision. We will not disappoint Imo people,” he concluded.

Nze Ralph Njoku-Obi, IMSU PRO in his remarks, expressed gratitude to Governor Emeka Ihedioha for coming to restore beauty of IMSU especially as the lake is that of fresh water class, though abandoned with water percolation here and there. 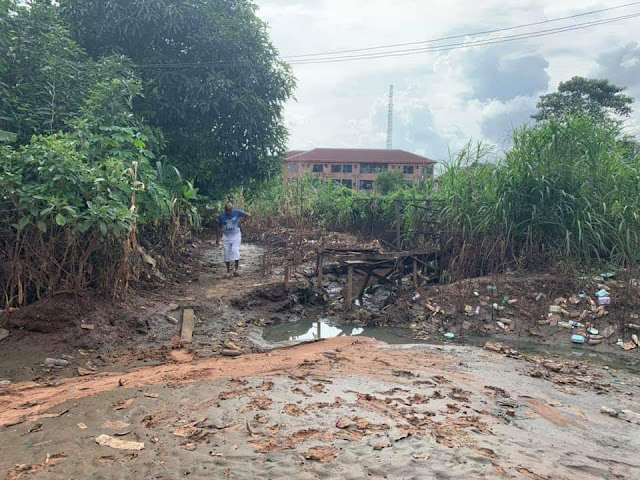 The IMSU PRO lauded ENTRACO on the beautification of the frontages, befitting of Ivory towers which should not approve trading or hawking in and outside the school environment.

Prof.Nwankwo Martin, Dean Student Affairs in IMSU with Special Adviser to the governor on Waste Management, Mr. Emeka Okpokoro described the move as noble dynamics, capable of changing the psych of graduands especially plans of introducing ENTRACO Club in the University.

The IMSU Chief Engineer, Engr. V. C. Igini, who is also the Deputy Director and Head of Works in the University, in his own words advised the government to do a proper environmental design that would reduce the in-flow of flood into Lake-Nwaebere in relation to its capacity so as achieve this palliative approach in the environmental control of the Owerri capacity city.