Menu
Home » Opinion » What is the purpose of political power?

What is the purpose of political power? 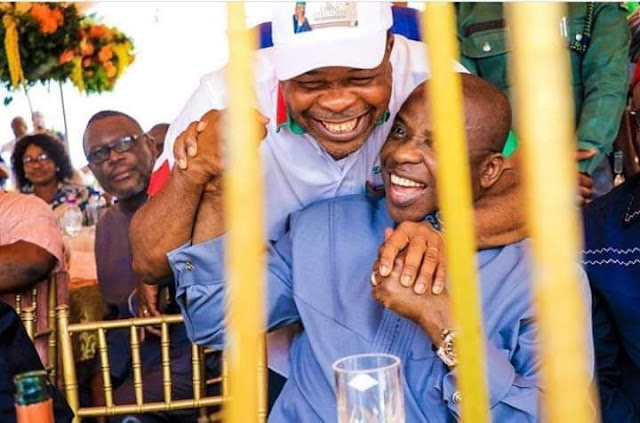 It was Mallam Aminu Kano in his, what I think, last television interview who asked with an utmost urgency: Why do you seek political office? Why do you want to rule?

My all time mentor, my god and role model, Prof. Chinua Achebe described Mallam Aminu Kano in his example as a "selfless commitment to the common people of our land whom we daily deprive and disposses and whose plight we treat so callously and frivolously".

He describes Mallam Aminu Kano in the mold of an activist who always stood by the people that if he should become the Prime Minister (more like the President then) that he would one day carry a placard and join a protest march against himself - that if for any reason Aminu Kano should discover that he had joined the ranks of the oppressor he would promptly and openly renounce his position and wage war on himself.

That is the mental saintly and revolutionary esteem that Achebe held the person of Aminu Kano.

In all of the Achebe's political contributions in written article, I have never read him extolling people in that mental identification.

I wrote this to underscore the person of Mallam Aminu Kano to us and it was this same man who asked those primary leadership  questions that most politicians do not really have any practical answers to except for the usual look-alike answers that tend to leave us totally unenlightened.

They most times answer that they want power to serve the people with no practicable attributes in demonstration.

If truly that we seek political office or power to serve our people - must those service always come in exaltation and grandiose proportion?

It is very unfortunate that most enlightened of our people who should always shine the lights of intellectualism in education of the less intellectually privileged ones, because of primordial and selfish partisan inclination - we stand good manners at the head in apalling condemnation.

People like Dr. Ikedi Ohakim, if in any serious country, are readily commended and celebrated for offering altruistic service to his people in positions very bellow of his person in the society.

He has been a governor and by that status: Ohakim to his next generation can NEVER know poverty or any lack of whatsoever and as such, accepting or not accepting to serve as the Sanitary chairman of Imo state for the month of July could never have made any impact to his life - material wise.

Such humility to service should be a point of reference and a source of inspiration to us the young and emerging leaders that service is not all about the exaltation of the office but the passion to offer your time, knowledge, resources and energy for the betterment of your community however too low provided it's end effort is going to affect one or two lives positively.