Menu
Home » News » We Will Negotiate With Street Traders And Relocate Them To Suitable Locations - Gov. Ihedioha

We Will Negotiate With Street Traders And Relocate Them To Suitable Locations - Gov. Ihedioha 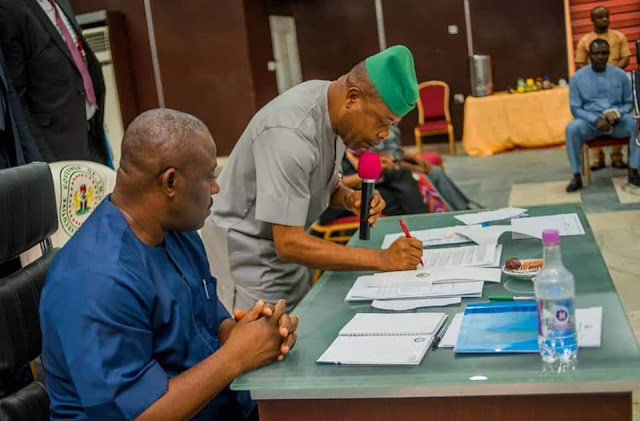 The governor of Imo State, Rt. Hon. Emeka Ihedioha CON, has hinted of his readiness to relocate street traders within the municipality of the state capital after negotiating with them for agreeable locations and course of action.

The governor made this known when he interacted with Imo state stakeholders in a median interactive session the state executive would hold with Imo people.

"...and negotiate with traders within the municipality in order to relocate them from the street to more suitable locations". The governor said.

The governor also promised to get the traffic problems in the state which he identified as "an issue of great concern" solved by constitution of a decongestion committee to ensure free flow of traffic and address the problems of illegal parking.

Ihedioha, who boasted with the decongestion of traffic at Douglas road attributed the success as the accomplishments of the committee on Traffic Decongestion and Illegal Parks.

"The accomplishments of the  committee are becoming visible by the day. Most importantly, there is now free flow of traffic on Douglas road. This was impossible some years ago" the governor boasted.
Posted by IfeanyiCy Njoku
Labels: News