Menu
Home » News » "We Underestimated The Rot In The State" - Gov. Ihedioha.

"We Underestimated The Rot In The State" - Gov. Ihedioha. 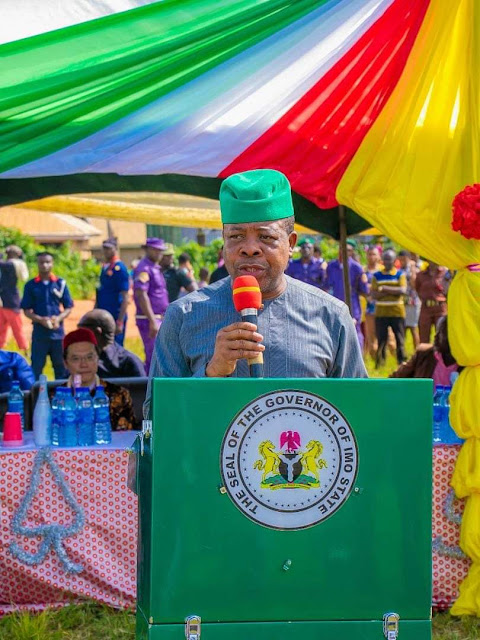 The governor of Imo state, Emeka Ihedioha, has said that they underestimated the "quantum of rot in the state and the deep hole of corruption and mindless misappropriation perpertuated" by the immediate past administration of ex governor Rochas Okorocha.

Ihedioha who made the revelations while addressing the stakeholders meeting of Imo people said that "contracts were most times awarded orally and without the input of relevant government Ministries, departments and agencies".

In their interim reports,  the governor said that there was "a consistent pattern of massive looting and striping of public assets, dismantling and carting away of public property such as electric poles, vehicles, trucks, office equipment and furniture etc".

"There were last minute illegal sale of government property at giveaway prices" he continued.

The governor decried what he called "mindless withdrawing cash from government accounts,..without due process as well as illegally reccruiting and promoting civil servants" at the twilight of immediate past  administration.

As a result, the governor said it plunged the state into "unsustainable debts" which "were incurred on behalf of the state running to over a hundred Billion Naira without anything to show for it ".

Apart from the already state corrupt cases, the governor explained to his bewildered audience that "so far", the state has "received over 30 billion Naira worth of Garnishee orders arising from several ill-conceived and fraudulent contractual agreements".

The governor explained that "these were done to put the new administration in a very difficult situation" while appealing the people to "remain patient and show understanding".

He promised that those who looted the state will be made to face the law "no matter how highly placed", while assuring the enraged audience that they will not "get away from the long arms of the law without accounting for" their "misdeeds while in office".
Posted by IfeanyiCy Njoku
Labels: News