We Have Commenced Financial Autonomy For LGAs - Gov. Ihedioha. 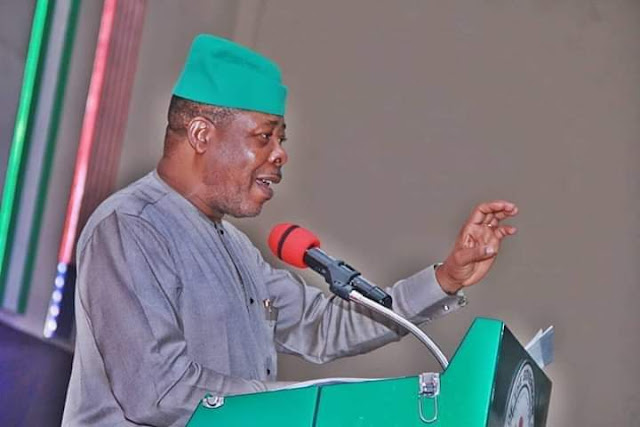 The governor of Imo state, Rt. Hon. Emeka Ihedioha has approved for financial autonomy in the Local government system of the state.

The governor made this known to the public as he interacted with cross section of Imo state stakeholders.

Ihedioha, said that the approval was in fulfilment of his campaign promise and pledge to ensure the independent and financial autonomy of the LGAs.

"I can confirm to you that, in line with my promise and pledge, we have commenced the practice of financial autonomy of the Local Government administration in the state" the governor said, while addressing the cheering stakeholders.

The governor notified the people that the state will soon organize "similar stakeholders meeting" for those concerned.
Posted by IfeanyiCy Njoku
Labels: News