The Appointment of His Excellency, Dr. Ikedi Ohakim as Sanitation Chairman 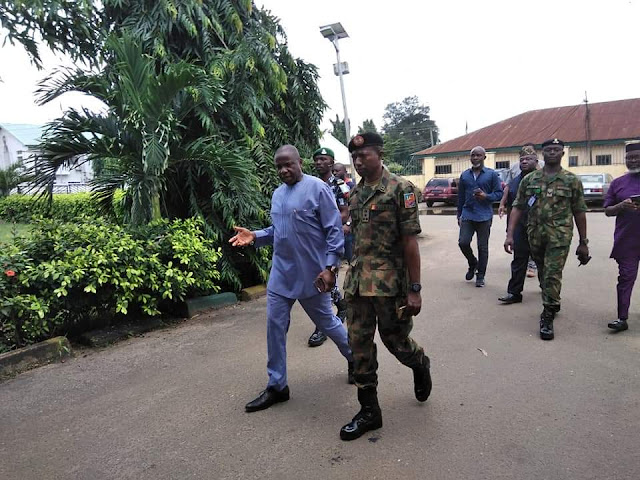 It is the Lord's doing that there is synergy between the former governors of Imo state and the present administration. This is so because Rt. Hon. Emeka Ihedioha, the governor of the State is an established administrator par excellence, a due process leader, a true democrat, and a leader who believes in truth.

Ihedioha is an opposite of former governor, Senator Rochas Okorocha who for eight years did nothing in Imo except destruction of an established system put in place by the rounding fathers of the state.

Imo people are solidly supporting Ihedioha's administration because the see him as a sincere administrator that mean well for the state.

For the former governor, Ohakim to identify with this administration and is ready to contribute his own quota towards rebuilding the state roundly damaged by Okorocha is a welcome development. He is an Imo son who is not above lending a helping hand if need be to rebuild the state. He is also an expert in environmental design that leads to transformation of the society. Having won the cleanest award on several occasions as a governor, he is well fitted and  Imo people are grateful to him for accepting to serve.

On this note I commend the people's governor, Rt. Hon. Emeka Ihedioha for locating the former governor, HE Ikedi Ohakim to assist in this direction. That shows respect to his predecessors as well as an expression of humility.