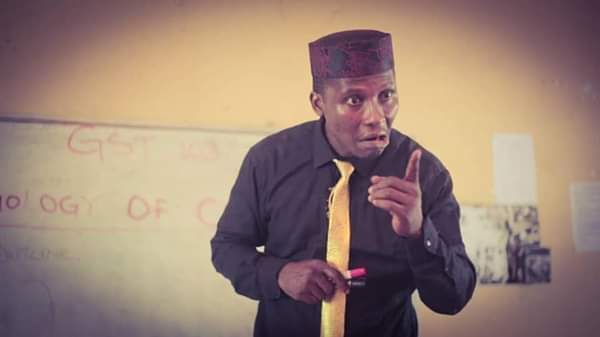 In the art of writing, there are writers who have built credibility and established themselves as cult figures. They did not attain that height in the pen pushing business overnight. They did so by being consistent with the art and holding tightly to their beliefs, ideologies, convictions and principles, which are of course adjudged right by their dedicated readers. These beliefs, ideologies, convictions and principles are the compass that determine the direction of the opinions they dish out and the manner in which they are presented for public consumption.

For example, atheistic writers who question the existence of God have remained consistent with their belief. They are committed to it. Not even the vitriol and venoms thrown at them by the world for challenging the existence and supremacy of the supreme being have dissuaded them. The ardent readers which atheistic writers command are for the reason that they are consistent and try to be convincing with their arguments. For no price will they give up, not even a billion dollars. Call them activists, and because they truly are, you will not be far from the truth.

In Imo State, South Eastern Nigeria, is a writer who is in love with politics but is hardly driven by any meaningful ideology or conviction. His name is Onwuasoanya Fcc Jones, a graduate of Theatre Arts at the prestigious Imo State University, Owerri. Give it to him, he is an intelligent and prolific pen god. However, his history as a writer has been blotted by inconsistencies. He is promoting one man today and attacking him tomorrow. He will passionately condemn you today and praise you tomorrow. As much as there is nothing wrong with one changing his opinion, especially when it borders on morality, everything is wrong in one's opinion or ideology being influenced by a wad of currency on the table. The later perfectly describes Onwuasoanya. As much as you throw the cash at him, he can make a hundred write-ups in your favour and another hundred against your political enemies in a day. The day the cash stops flowing or he begins to think that the cash flow is insufficient, the controversial pen marshall automatically will become a different being. Onwuasoanya will not only stop writing in favour of his benefactor, he would go further to make a u-turn and start running the unlucky individual down with the same medium with which he published good orations about him or her.

Let us spare a moment to trace his records. Before the 2011 elections that brought him to power, Onwuasoanya identified the immediate past governor of Imo State, Chief Rochas Okorocha, as a messiah. He campaigned vigorously for him with beautiful epistles. Eventually, Okorocha was declared winner of that election. Onwuasoanya who had taught he would be incorporated in the mainstream of the government but met disappointment would later abandon his support for his messiah and turned opposition to him. In 2014, Onwuasoanya ran to the camp of the then Deputy Speaker of the House of Reps and now the governor of Imo State, Rt. Hon. Emeka Ihedioha, who was at the time in the contest for the PDP gubernatorial ticket with former governor, Ikedi Ohakim, ahead of the 2015 general elections. Perhaps, Onwuasoanya had thought that Hon. Ihedioha, still basking as the number 6 citizen of Nigeria, had bags of money to throw around his (Onwuasoanya) sycophantic and predatory self. He wrote good things about Ihedioha. But he was to leave in few months as his financial expectations may not not have been satisfactorily met. He would run to Ohakim, the man he strongly opposed during the 2011 election. He campaigned for him until the PDP conducted the gubernatorial primary election that produced his former benefactor, Rt. Hon. Emeka Ihedioha, as the party's flag bearer.

While Onwuasoanya was with Ikedi Ohakim, he earned himself a reckoning as one of the strongest opposition voices against the government of Rochas Okorocha. He was renowned for it. The social, print and electronic media were avenues he explored to bring the ills and anti people policies of the government to public limelight. In the process of doing this, he won many hearts against the government and solidified negative perceptions by people about the Okorocha administration.

Till today, it still feels like a drama that Onwuasoanya in 2016 shocked the entire Imo State by declaring his support for Okorocha.  No one has an accurate figure of how much the conscienceless reprobate was paid. However, it was accurately gathered that he began to sing Okorocha's name to the high heavens after he was offered a contract to paint a building in the government house by the then Chief of Staff to the governor, Uche Nwosu. Since then, Okorocha and his son in-law, Uche Nwosu, have been Onwuasoanya's heroes. The same people he painted as demons not long ago. Painfully, but expectedly, Onwuasoanya did not only start making a living from licking their ass, he threw arrows at Ohakim and Ihedioha, including questioning the former's education, a man he had spoken copiously of his cerebral disposition which he said endeared him to the Isiala Mbano born environmentalist.

The pen arsonist has represented everything a writer should not be. His only defense each time he licks his sputum is that he is given to superior arguments when they present themselves to him. Onwuasoanya would tell his readers that he does not tie himself to mental slavery. One then wonders whether it was for the sake of freedom from mental cum ideological slavery or in a bid to bow to superior argument that Onwuasoanya started in 2014 to write in support of Ohakim whose character he assassinated in 2011, only to turn against him again in 2016. Does he eat his vomit and still vomit the same vomit?

Considering Onwuasoanya's ignominious antecedents, it is not a surprise that his write-ups no longer appeal to his readers. He was once a mover and shaker, today he can no longer move the weakest of minds with his works. His switch to the support of Okorocha and his surrogates was the climax. Little wonder the articles he published in the social media no longer generated traffic. Whenever it does, it is torrents of curses in the comment box. No one is interested in reading a man with limited conscience any longer. He has successfully created for himself an image of a traitor.

We can understand Onwuasoanya's constant diatribes on governor Emeka Ihedioha and the newly formed government of Imo State. As much as the cash from Rochas Okorocha and Uche Nwosu, Gov. Ihedioha's chief opposition figures, still trickles into his pocket, Onwuasoanya, the merchant of lies, will not stop his attempts at painting their political opponents black. This is the life the loathsome young man has chosen for himself. No one should envy or begrudge him for the habit of trading his soul for the cash. No one should take him seriously either.

I must admit, I respect Onwuasoanya a lot, if for anything, his enviable cerebral capacity and the fact that he has turned deaf ears to all the diatribes and insults thrown at him by men of good conscience ever since he did the unthinkable. I admire his courage and strong heart too. I have also learnt a lot from the film maker, but not how to be shameless. Importantly, when it has to do with writing politics, Onwuasoanya knows he has no integrity. He has no reputation to protect. If there is a reputation he has to protect, it is the reputation as a disreputable hatchet job man. His kind would give no reservation, not the slightest of it, about smearing his father in exchange for peanuts. I wish him well, and I wish he amend his ways.
Posted by IfeanyiCy Njoku
Labels: Feature