INVESTMENT OPPORTUNITIES IN IMO STATE: THE OIL AND GAS SECTOR. 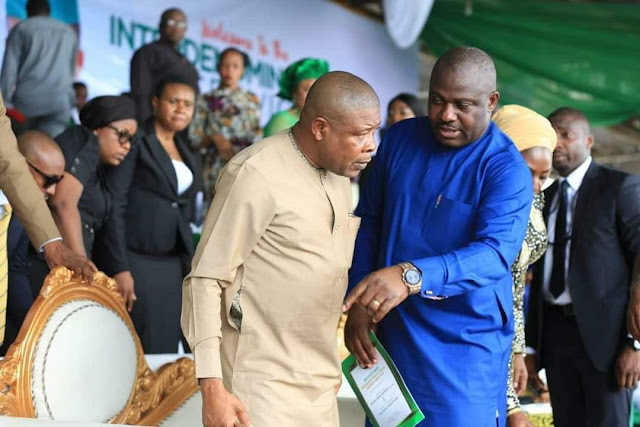 Imo State lies in the geographically more mature Northern Niger Delta which boasts of ample oil and gas resources. Current oil and gas reserves estimates in the state stand at 21 million barrels proven oil reserves and 12 tcf proven gas reserves with ultimate potential of some ten times more. The topographical terrain throughout the state is entirely land, with the River Niger bordering the state at the Western corner.

Major international Oil and Gas companies operate in the state and contribute most of the Oil and gas reserves so far proven in the state. Shell, Nigeria's foremost oil and gas company, began it's exploration activities in the Niger Delta in Imo State establishing it's first main operational base in Owerri, the state capital, in 1959. Shell's pioneering investments in the state paid off with the discovery of the major producing fields in the state including Egbema, Oguta and Ibigwe. Shell is continuing exploration and production efforts in the state.

Shell was followed by Chevron, who was allocated OML 53, in 1971. OML 53 is the largest exploration acreage in the state with a total area of some 1560 square kilometres.  Chevron has make significant Oil and Gas discoveries in the block including Jisike, Ohaji South and Naze, the later located some 4 km from Owerri, the state capital, and are continuing exploration activities in the state. The company is yet to commence commercial production in any of its discovered fields.

More recently in 2007, Sterling Global of India, a new entrant in the Oil and Gas sector in the state, discovered a new field (Agu field) in OPL 277 allocated to it 2005. The field is some 35 km from Owerri the state capital.  The company commenced production in 2011. 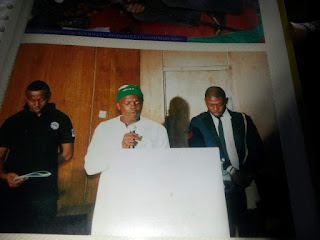 Furthermore, since 2003, Indigenous Oil companies have taken advantage of Government's marginal fields programme to enter the Oil and gas scene in the state, in some cases, in partnership with foreign technical and financing companies.  The most prominent of these is Walter Smith Exploration that is partnering with Morris Oil to Develop the Ibigwe marginal field in OML 16.  The partnership currently produces some 5000 barrels per day.

In the 2007 Bid Round organised by Government, OPL 228 which covers the northern to the eastern flank of the state was awarded to Sahara Energy Resources who have commence exploration activities in the block. The block is particularly interesting because it covers the area where Shell commenced it's early exploration activities in the state and made it's first though non-commercial discoveries including Akata, Njaba and Umuna.

Presently, the total production by the Various companies operation in Imo State amount to some 26,000 bpd of crude oil and some 250 million scf or natural gas per day. There is ample remaining potential for new companies coming into the state either to partner with existing operators or to acquire new acreage for exploration of their own.  The Federal government has announced a proposal to hold a bid round for Oil blocks and it's expected that some of the acreage in the state will be included.