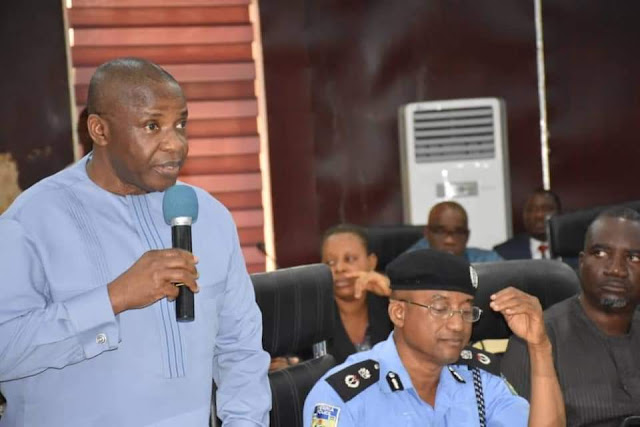 Former governor of Imo State and Chairman of the Planning, Sensitization and Implementation Committee for the July, 2019 clean-up exercise in the state, Chief Ikedi Ohakim, has said that the state government will evacuate over 240 metric tons of refuse within three days.

Speaking after the committee's inauguration at the government house, Owerri, the state capital, Wednesday, Ohakim revealed that about 420 trucks will be deployed for the month's sanitation exercise that will include the evacuation of 5 to 8 year old heaps of refuse in 91 markets across the state.

He also stated that his committee was ready to raise over 200, 000 volunteers before the end of July.

The former governor who said that the state governor, Rt. Hon Emeka Ihedioha, has approved the creation of 3 more refuse dumps, said that the target was to return the state as the cleanest and healthiest in the country.

"His Excellency our governor is a man who loves the environment. He has approved three more refuse dumps and is determined to make our dear state, the cleanest and healthiest in the country.

"He has insisted that on the day of the clean-up exercise, he must be given a portion to clean and supervise".

The  environmentalist who also said that the committee is peopled by egg heads who love the environment further urged citizens of the state to cooperate with them and the state government.

"We have a committee of people who love the environment. They are ready to contribute in no small measure to ensure that our target is met.

"The task is enormous. Even though we have a short time to do this job, I believe that with the cooperation of everyone, we will achieve a good result."

Other members of the eighteen man committee include: the Chairman Imo State Council of Traditional Rulers; heads of security agencies including the Commander, 34 Artillery Brigade, Commissioner of Police.