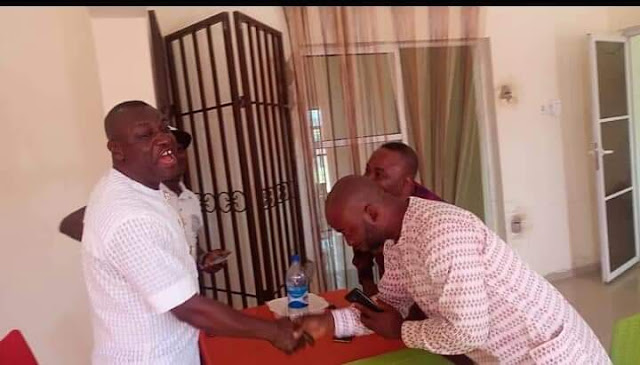 This is a welcome development in the history of Imo and a never seen before in the state, knowing fully well that the former special assistant on entertainment to the former governor of Imo state, Irounno Chukwunonye , who was of the All Progressive Congress party as of the time of their reign, would congratulate the new Executive assistant to the Governor on entertainment, Prince Frank Nomso Ikechukwu and also pledged full support to the new HOD of entertainment in the state.

The new Executive assistant on entertainment has also assured entertainers in the state to be calm as everybody would be carried along and awesomely attended to at every point they need his attention.
Moving on, he said the interest of every entertainer would be met and it is his desire that very soon, many entertainers from Imo state would go global through the help of the state government.
The entertainment representative also assured entertainers that most events people travel outside of Imo state to watch would be a thing of the past as he is ready to bring them home and mix them up with talents from here.

To me, it is the beginning of a new dawn and a great synergy for the progress of the creative industry in the state as selfishness lost it power this time around.
Let's all jump on the train and support our HOD for the task to be fair on him.