Menu
Home » News » Due Process Must Be Followed In Award of Contracts - Gov. Ihedioha.

Due Process Must Be Followed In Award of Contracts - Gov. Ihedioha. 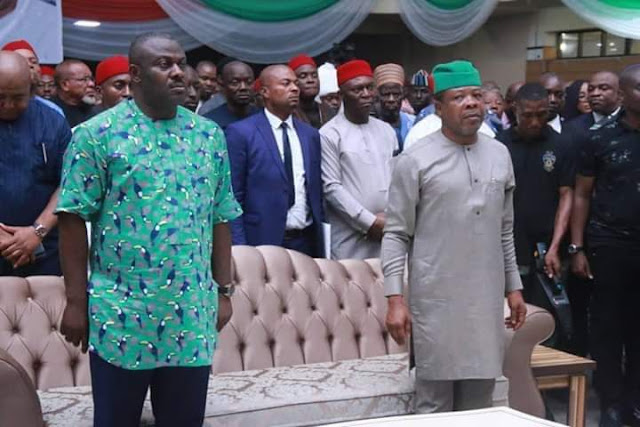 Rt. Hon. Emeka Ihedioha, governor of Imo state, has reiterated his avowed pledge that due process must be followed in the bidding, review, selection and awards of contracts in the state.

Ihedioha made this pledge while addressing the stakeholders of the state in a state wide address.

He said that to ensure that due diligence are fully complied with most especially in award of contracts, his government has already reinvigorated the Bureau of Public Procurement and Price Intelligence which according to him "has been revived from its former moribund state" by this, "a new director has been appointed" as he promised that the process of its "reinvigoration" has commenced.

"the state government is committed to ensuring due process is followed in the review, selection and award of contracts" he said to his elated audience.

He also announced his government has adopted and signed up for the Open Government Partnership (OGP) policy which will "promote transparency and accountability" in the administration of the government businesses.

Speaking further, he hinted that his administration "is committed to citizen involvement in the budget process and to use the budget as the guide for proper allocation of resources, in alignment with the state's policy priorities".
Posted by IfeanyiCy Njoku
Labels: News