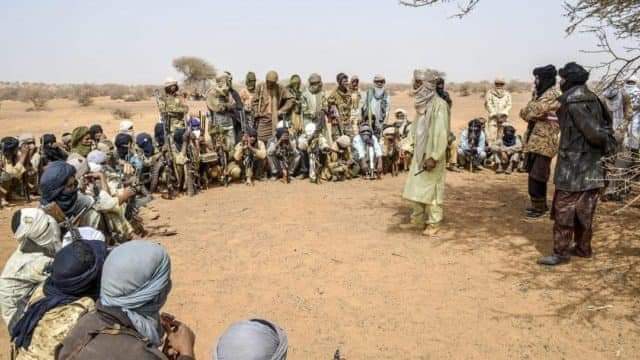 The move by the Federal Government to electronically register illegal migrants in the country has come under criticism, with some observers describing it as a backdoor to unleash an “army of occupation” on Nigerians.

President Muhammadu Buhari hinted of the e-registration last Friday when he declared: “It is on this note therefore, that I am declaring a six-month amnesty period for illegal migrants already in the country to submit themselves to the Nigerian Immigration Service (NIS) for the purpose of this registration.”

Represented by the Secretary to the Government of the Federation Boss Mustapha, the president explained: “The registration will be carried out without any payment or penalties. I’m enjoining all migrants staying in Nigeria whether regularly or otherwise, to take advantage of the amnesty window to register with the NIS.”

But a former presidential adviser, Echefuna ’Rotimi Onyebeadi faulted the premise of the planned registration.

In a July 13, 2019 letter seen by The Guardian and titled “From Ruga To E-Registration Of Immigrants: What Next?’ the professor of Engineering Economics and Strategic Management, accused the Buhari government of trying to “confer unsolicited and unlawful citizenship on illegal immigrants.”

He writes: “The outcry of Nigerians on the attempt by Buhari’s government to forcefully acquire native lands for these alien Fulani herdsmen through the ‘suspended’ RUGA is yet to die down and, now, just a few days after, as though in a relay race, this unlawful conferment of citizenship on illegal immigrants by the government through the backdoor has been brought up.

“Why is this government hell-bent on populating the already pauperised and over- populated country with alien Fulani wanderers? Why does Buhari want to confer citizenship through the backdoor on aliens under whatever guise, to the detriment of Nigerian citizens? Are these not the same people the Buhari government is creating RUGA for?”

The don argues further: “There are existing laws guiding naturalisation of foreigners which, again, this government is trying to jettison as usual with impunity and reckless abandon with the introduction of this obnoxious e-registration of illegal immigrants to the unsuspecting public.

“Documenting illegal immigrants should necessarily lead to returning them to where they came from. But, no, the Buhari government is determined to implement a certain unconstitutional hidden agenda that is gradually unfolding everyday by his government’s actions, inactions and responses, which are averse to the well being of the country.”

Meanwhile, statements by the presidency and the NIS on the initiative appeared to have conflicted. Buhari had declared that the six-month amnesty period is “for illegal migrants already in the country.” But asked to react to the allegation that the scheme hosts a hidden agenda, Sunday James, NIS spokesman and a Deputy Comptroller of Immigration (DCI), told The Guardian: “It is not illegal migrants; it is irregular migrants across the country we are registering. What we are doing now is to register every non-Nigerian.”

He added: “People are trying to misconstrue this directive by Mr. President. People should stop giving ethnic colouration to good plans by government. It is good for Nigeria. At least, it would help in our security situation, governance and planning.”

Earlier, Garba Shehu, Senior Special Assistant on Media and Publicity to President Buhari, had, to a similar inquiry, replied via SMS: “Please, ask the immigration or interior ministry. I have not been briefed on this.”

Reacting to the development, Isuwa Dogo, the publicity secretary of the Middle Belt Forum, said the e-registration could compound sadness in the country by bolstering the alleged criminal activities of some illegal immigrants.

Citing last week’s murder of Mrs. Funke Olakunrin, the daughter of Afenifere chieftain, Pa Rueben Fasoranti, allegedly by herdsmen, Dogo warned: “If anybody thinks he or she is defending any particular ethnic group in the face of serious security challenges we are going through, the north would be the first region the illegal immigrants would wipe off before any damage is done to the southern part.”

In another reaction, Chief Ralph Nwosu, the national chairman of African Democratic Congress, noted: “We do not expect the ruling party and Buhari to use presidential fiat to grant illegal immigrants citizenship of this country just because of their selfish, parochial and political agenda. This programme is definitely going to have dire consequences in the future. Nigeria is still struggling to address the issue of its diversity, yet someone is talking of adding more illegal immigrants? I doubt if it will be of any advantage to us.”

But a legal luminary and a former national secretary of the Labour Party, Kayode Ajulo, said he has no issues with the idea; his grouse is how, in the first place, immigration officers allowed illegal immigrants to penetrate Nigeria unchecked through northern borders.

“It appears there is a type of conspiracy against Nigeria when it comes to the influx of illegal immigrants. For instance, go to most of the borders in the southern parts of Nigeria, they are properly manned by customs and immigration officers,” he said.

Also, a chieftain of the ruling party, who did not want to be named, said: “It is an internal security mechanism, to capture the identity of illegal immigrants. There is nothing special about it.”

In a related development, the NIS in Cross River State has warned its personnel not to collude with foreigners to undermine national security.

Responding to questions on allegations of irregularities at the NIS office in Calabar, Comptroller James Okey Ezugwu said: “This registration is free. I am making it very clear that it is free. Nobody takes a kobo from anybody because he wants to be registered. If an immigration officer or anybody, for that matter, ask any foreigner to pay for any service in the cause of this registration, report to my office, and we will deal with the person.”
Posted by IfeanyiCy Njoku
Labels: News