When we were growing up, we used to catch live crabs and put them in baskets. One particular character I noticed about them which formed I speech I delivered some years ago, was their tendency to pull each other down.

Unlike ants who would build a ladder with their bodies to climb out from such situations, the crab on the contrary specialized in pulling each other down preventing themselves from escaping thereby ending up in our hot pots when we got home. There wasn’t any real fear that they would eacape so we didn’t really care about covering the baskets because we knew they would always work against the good of one another.

This same tendencies of the crabs unfortunately reared it’s ugly head in the four years I was governor of Imo State and is an unfortunate character which Igbos have been stereotyped with today.

My tenure set out to become the very best Imo would have every hoped for (a former governor recently rated it second best only to Chief Sam Mbakwe) but some of the same people who we were trying to work for decided to become the Nshiko in the basket by throwing barricades into our paths. I faced a barrage of attacks from selfish politicans many even from my own homefront who constructed all manner of distracts, lies and blackmail just to pull us down. In one instance, in their desperation, they even went as far away as Kano to file a case against me in my absence, hired a lawyer on my behalf and if not for the grace of God, I would have been removed through a court hearing that I wasn’t even aware was going on. 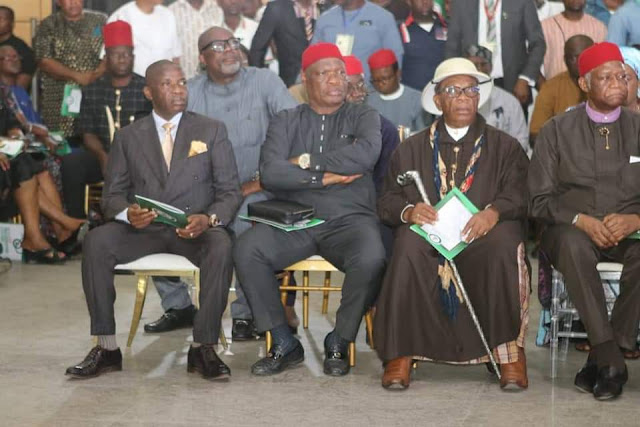 What did they end up achieving? Their manipulations and lies fuel by desperation might have helped remove me from office but did it put them in office? The typical Nshiko who knows he isn’t getting out of the basket but pulls down his brother who is trying to get out. Their desperation cost Imo State eight years, taking us back more than twenty years structurally and institutionally, cost lives, property and brought untold hardship upon a wonderful people whose only mistake was trusting the wrong people who unfortunately found themselves in positions of trust and used it to manipulate the people for selfish gains. Today, the new government is literally starting afresh as it we had gone back to 1999.

Some called it playing politics but I frown at such dirty politics. When you are disadvantaged as Ndi Igbo are today, it would be a sin to iwu kwa amusu to yourself. We are faced with a “hostile” Nigeria that hasn’t been very favourable to Ndi-Igbo and everything we have ever gotten, we had to claw and fight to get it. Neglected and abandoned after the war, we fought our way back through hardwork to once again become the envy of the entire nation. Working against each other when we should band together setting aside our selfish aspirations should have been the best way to go. When your brother is in a position of power which you know he can do well in and is doing well, it would be very immoral to become the cog in the wheels of development. The Nshiko that pulls his brothers down.

Let your aspirations, your criticism be objective. If a leader isn’t getting it right, air your observations without malice.

During the last administration, despite the circumstances surrounding it’s emergence and the personal injury to me, I set everything aside and offered advise after advise without malice. My concern was for the people not for money or power. If my advise had been heeded, the past administration would take the glory not Ikedi Ohakim and as my advise wasn’t heeded to, they took the blame. Like I said after the elections, I’m not going anywhere and you’ll still be hearing from Ohakim once in a while rendering advise when needed to help move Imo State forward.

Today, Igbo seems deliberately and effectively marginalized in the happenings of a country we try to call our own. In the National Assembly, we are nowehere. We have no say in the defense and security of the nation neither are we represented in the judiciary. We could practically be called foreigners in this country. Why then must we work against each other any further than our neighbors work against us? 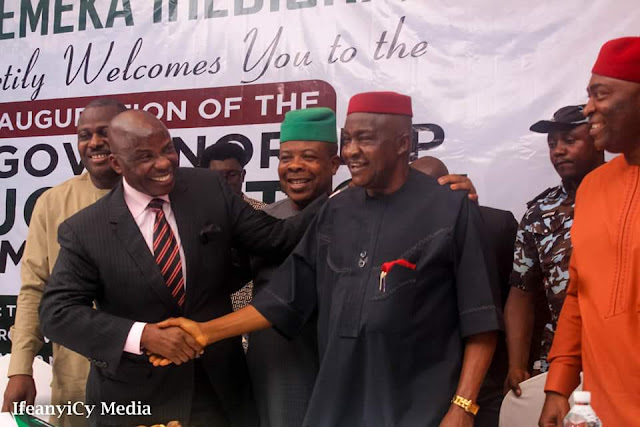 This is a time for our leaders to stand up for the people and the people to work hand in hand with leaders who have passion for the people. It is a time we need voices in the state and the national who can fearlessly speak for the people without having the same people he or she speaks for pulling them down after being offered titbits by enemies.

I remember when a governor my voice was never silent when matters concerning Ala-Igbo came up, ensuring an Igbo man wasn’t denied the chance to be IGP when others were silent amongst others. I don’t think any other Igbo man have banged his hand on a table a president was seated at while demanding that Ala-Igbo isn’t excluded. I did it. We need more people who can do that. Hell, for those in the National Assembly who had practically been silent and now sidelined, you can even make more noise in the National Assembly than principal officers and force notice. Of course there would be consequences. They’ll come after you like they came after me but if you love your people, then no price is too high to pay.

This isn’t a time for playing politics of bitterness and greed neither is it time to throw stones in malice or selfish lusting. It is time to give Igbo an identity and a firm stand.

Yes, nobody gives you anything freely and we don’t have to keep begging to be noticed in a country where we practically are the engine that keeps it moving. Standing United, identifying and weeding out the “Nshikos” among us is the first step to truly developing our people and moving Imo State and Ala-Igbo forward.

I pray for better times ahead but it lies in our hands to make it possible.