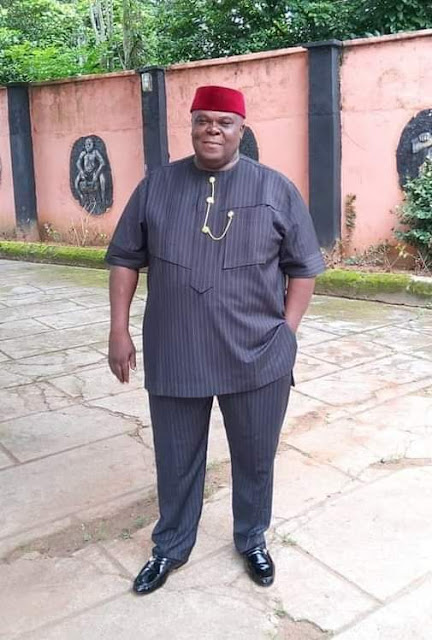 Hon Chiji was elected under under the All Progressive Grand Alliance (APGA) not until last week he defected to the Peoples Democratic Party (PDP) enabling him to be elected Speaker Imo State House of Assembly.

The 9th House of Assembly is inaugurated by His Excellency, Rt Hon Emeka Ihedioha today 13th day of June 2019.

Hon Chiji Collins was a political protégé of most distinguished Senator Ifeanyi Godwin Araraume, the 2019 Imo Governorship Candidate of the All Progressive Grand Alliance, APGA.

It is believed in many quarters that Ihedioha and Araraume reached an understanding before the choice of Collins as Speaker.

Reacting to the positive development, Mr IfeanyiCy Njoku, who hails from Amazi Umunakanu Owerre, Ehime Mbano LGA, Congratulates Ihedioha for considering Imo North who had taken the lion share in his administration with three key positions in the government.