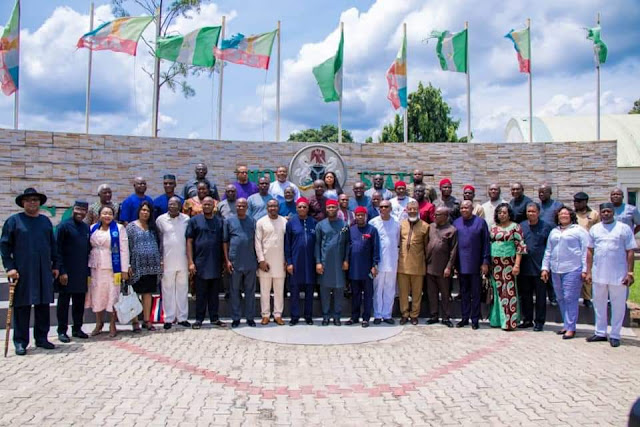 The outgoing Governor of Imo State, Rochas Okorocha and the governor-elect, Emeka Ihedioha, have pledged to ensure a hitch free handover ceremony on May 29.

This was disclosed at the inaugural meeting of the Joint Transition Committee comprising representatives of the outgoing and incoming government held at Government House, Owerri, yesterday.

The committee headed by the Secretary to the State Government (SSG), Mark Uchendu, for the incumbent government, and Chris Okewuluonu, for the incoming government, assured that they would strategise and map out steps towards a successful transition of power in the state.

They noted that their assignment was for the overall interest of the state, saying they would serve with diligence, transparency and fairness in order to achieve the desired results.

At the meeting, the committee set up a 10-man sub-committee that would further meet, brainstorm and come up with a blueprint before Monday, May 6, that would aid the work of the joint committee.

The sub-committee, which has former Minister of State for the Federal Capital Territory (FCT), Chuka Odom and former Medical Director, Federal Medical Centre, (FMC), Owerri, Angela Uwakwem, among others, as members was charged to map out a comprehensive programme for the handover ceremony.

Briefing newsmen after the meeting, Uchendu disclosed that, “from now to May 29, we will be meeting from time to time to iron out grey areas, sort out issues and agree on what to do on the handover day.”

On his part, Okewuluonu expressed satisfaction with the outcome of the meeting and assured that the committee would pursue everything that would lead to the uplifting and betterment of this state.

“We want to pledge on behalf of the incoming government that we shall do the needful. We shall do all that is reasonably necessary to ensure that the transition and takeover of government is hitch free, seamless and is done without any rancour because we believe that the interest of this state is uppermost in everybody’s mind,” Okewuluonu said.