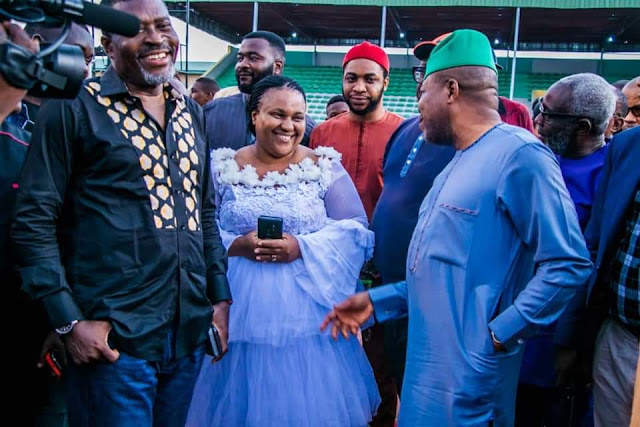 The Interdenominational Church Service which will have the Governor-Elect, Emeka Ihedioha worship and praise God alongside Imo people for his Grace, the victory in the 2019 Imo Governorship election and calling on God to take pre-eminent in the affairs of Imo during and after the swearing-in of the newly elected Government will be presided over by His Grace, Archbishop of Owerri ecclesiastical Diocese, Most Reverend AJV Obinna with other revered men of God across faiths participating actively.

Chioma Jesus, Felis Ndukwe, and other gospel singers will lead in praise and worship songs.

Ndi-Imo, are urged to worship today at Dan Anyiam Stadium Handball Stadium, as we unite in love while interfacing with God in ushering in of the new government in Imo State.