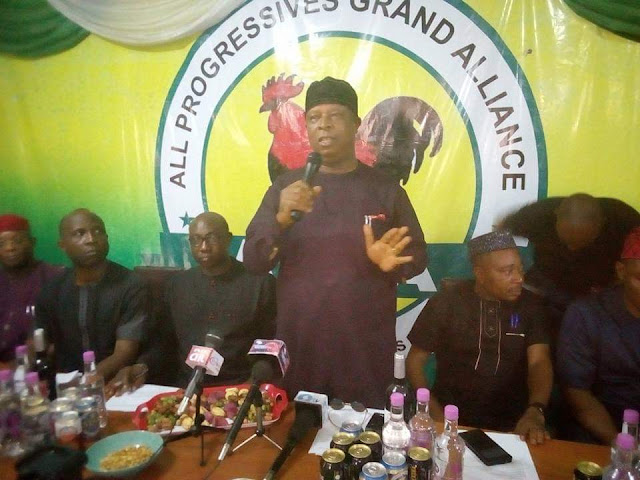 National working committee of the All Proressives Grand Alliance,APGA, has inaugurated a 21-member caretaker committee in Imo State to direct the affairs of the party pending the party's congresses coming up soon.
The inauguration followed the suspension of the state Chairman Barr. Peter Ezeobi and two others over an allegation of recklessness in handling the affairs of the party.

Inaugurating the committee members at the party’s state secretariat, the national chairman Ozomkpu Dr. Victo Oye who was represented at the occasion by the Southern Deputy national chairman, Chief Uchenna Okogbuo said what happened in the state chapter was not in the best interest of the party. Chief Okogbuo condemned the activities of the past leadership of the party under Ezeobi, saying that if proper measures were not taking, the party would be doomed.

"The primaries wanted to tear our party into pieces. It was caused by few people in Imo State. We were insulted and called names in Abuja because of poor leadership in the state hence, we took action to correct the anomalies to move the party forward. "The national leadership accepted the blames from different quarters just for the interest of the party. "We will not tolerate further rascality in the party anymore. When we put our mechanism on check, we found that the leadership in the state did not represent the party very well. That is why we are here today. There was highhandedness in running the affairs of the party in Imo State chapter", he stated. 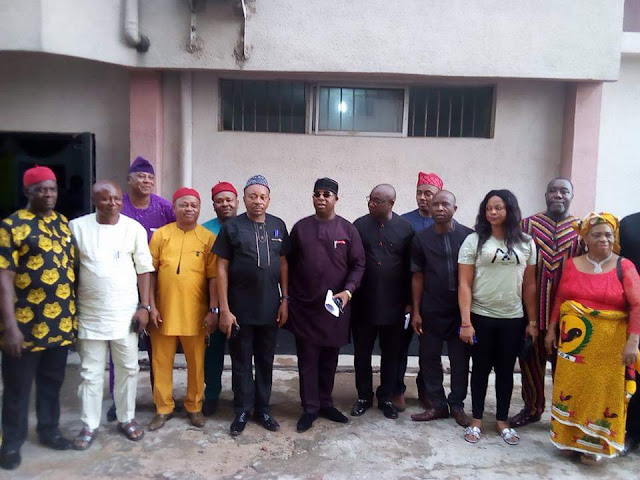 The former APGA chairman Abia state chapter however task the new executives on purposeful leadership to bring sanity into the party.

Earlier in his speech, the Secretary of the party Pastor Eberendu Alphonsus recalled the activities that led to the suspension of Ezeobi, the Legal Adviser, Sylva Iwejuo, and Treasurer, Genevieve Ogbonna where a notice of suspension was signed by the 27 chairmen and secretaries of the party in the councils of the state, adding that the National Working Committee (NWC) under the leadership of Dr. Victor Oye looked into the matter and subsequently ratified the action.

Eberendu alleged Ezeobi of embezzlement, ineptitude and highhandedness in the past years as the chairman; lacking in financial propriety; misappropriation of party funds; sidelining other executive members of the part; leadership incompetence; brazen impunity; double standard; inability to account for monies realised from the membership revalidation fee, among others.

In his acceptance speech, the caretaker committee chairman Hon. John Iwuala expressed displeasure over the manner the past leadership manage the party's activities in the state, emphasizing that the APGA lost election because he did not manage and control the size of the party.

Hon. Iwuala thanked the national leadership for giving them the opportunity to rebuild it as he charged the committee members to leave no stone unturned to achieve the collective dream of the party faithful.