Road Infrastructure: Opening Up Imo For Socio-Economic Growth and Development. 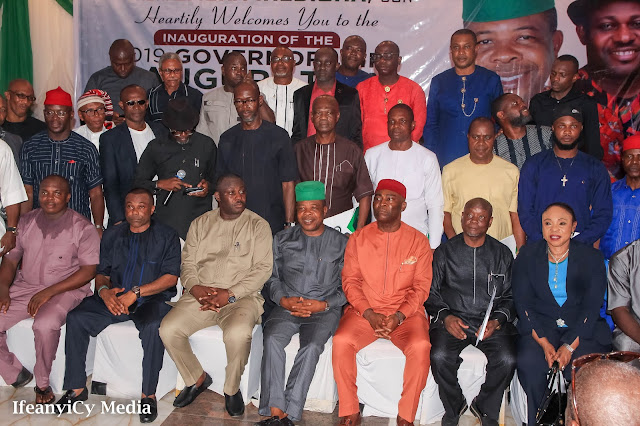 – An Agenda Setting for Ihedioha and TTC (Part 1)

On March 9th, 2019 general election , Imo people went to the poll and massively voted for the Peoples Democratic Party gubernatorial candidate, Rt Hon Emeka Ihedioha to serve them between May 29, 2019 to May 29, 2023, a four years single term renewal in line with the Nigeria's constitution if he did well in the first term.

The Independent National Electoral Commission, INEC, in recognition of the Peoples right and choice and in exercise of her constitutional mandate, had given certificate of return to the PDP candidate as duly elected.

In anticipation of May 29 handover to the Governor-Elect, Rt Hon Emeka Ihedioha by the out-going Governor, Owelle Rochas Okorocha, Ihedioha has set up a Transition Technical Committee (TTC), as well as the 2019 Imo Governorship Inauguration Planning and Handover Committee. He has being busy consulting Imo critical stakeholders including those in the diaspora community to harness their inputs in the development blueprint; a rebuild Imo project.

"When we started this journey, we had a carefully articulated manifesto put together by respected professionals from this state. Our people keyed into this manifesto, and with their votes and the grace of God, we are here today. Your principal task therefore, is to bring life to the manifesto so that we can hit the ground running, with deliverables and timelines".

Ihedioha continued, "Let me say here that we are not bereft of ideas as to what we want to achieve. We however, believe in team work and we will not shy away from harnessing the well acknowledged potentials of our people. We also know that with accomplished men and women like you, our job can only be easier to make Imo great again.

You come from different professional backgrounds with competences that will help us identify measurable policy frameworks and how to raise and manage the requisite resources after taking a critical look at what the out-going administration is handing over to us."

To help the incoming government of my dear state of Imo in realising her vision and to help make positive contributions towards rebuilding our state. I decided to write in response to the patriotic call by the Governor-Elect and in extension the TTC, charged with the responsibility to bring life to the manifesto of the incoming government so as to deliver democracy dividends to the obviously expectant Imolites.

The first and most important aspect of that rebuilding Imo starts with critical road infrastructures that will have great positive impact on the socioeconomic growth and development of Imo State.

In recognition of the link between road infrastructure and the state's economic productivity, growth and stability within the context of the government's commitment to sustainable development. A massive rehabilitation and construction of critical road infrastructure becomes necessary for the Ihedioha's administration. 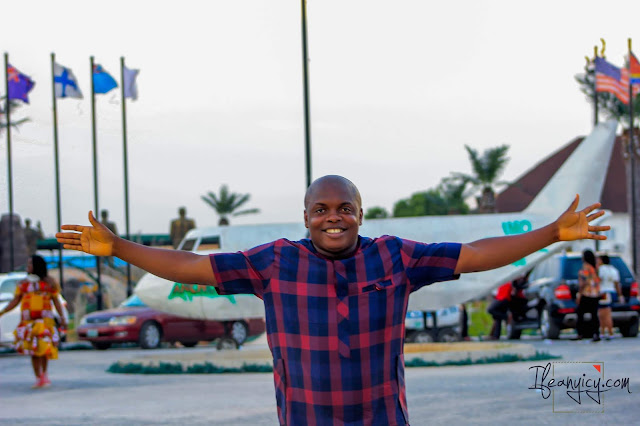 In view of the above, I IfeanyiCy Njoku, from Amazi Umunakanu Owerre, Ehime Mbano LGA of Imo State, informs the Governor-elect of the urgent need to open up Imo state for socio-economic development and growth by careful articulation and Investment into critical road infrastructure like awarding for construction and rehabilitation, a solid and standard dualization of Fire-Service Roundabout - Mbaise - Obowo - 7½ Road, Dualization of Orji-Mbano-Okigwe Road, reaching out to the Federal government and the Contractors handling the dualization of Owerri - Airport - Ngor Okpala - Aba Road as well as the Owerri - Port Harcourt Road.. If done, Imo will be better for it.

I am aware all the aforementioned are federal government road and requires big capital investment to effect it's solid construction and rehabilitation. The important nature of these road in the Imo development drive , expansion and growth requires a thinking government, that would approach the capital market to raise fund for the projects execution , ensure its full compliance under a specified period, while pursuing federal government through deligent processes for a refund.

Serious attention should also be placed on the Outer Ring Road, also known as the IMO FREEWAY, a super-highway initiated by the Ikedi Ohakim administration passing through the twenty seven (27) local government Areas of Imo State in 6-major segments, its continuation by the Emeka Ihedioha led Peoples Democratic Party government in Imo State will be a plus and will help in a great measure in opening up Imo for growth and development.

The 6- major segments of the interchange road are:

Imo State has a population of about 5-million people. The state's proximity to neighbouring states' metropolitan markets of Port Harcourt in Rivers State, Aba in Abia State, Onitsha in Anambra State, Enugu, Akwa Ibom and Cross Rivers States, gives it an enviable position as a commercial hub and, by extension, makes it the most attractive destination for investments.

The All important commercial centres mentioned above are connected to Imo State by structured network of roads that requires urgent attention in rehabilitation and construction to increase commerce and industry for Imo development. If these aforementioned roads are in good shape and conditions, it takes a minimum of less than 4-hours to reach these markets in a 350kilometre radius. Imo is also less than 4hours away from major seaports in Port Harcourt, Calabar and Warri.

In view of the above, its my candid opinion, and I humbly state that if Ihedioha's government adhere strictly to this goal, the campaign promise of stimulating development in all sectors and across all the zones of our dear state will be realised in short possible time.

I therefore, employ members of the Transition Technical Committee (TTC) to rise above board, leverage on their experiences, and expertise of the broadest possible diversity of Imo people, to usher in a roadmap to achieve Imo growth and development.