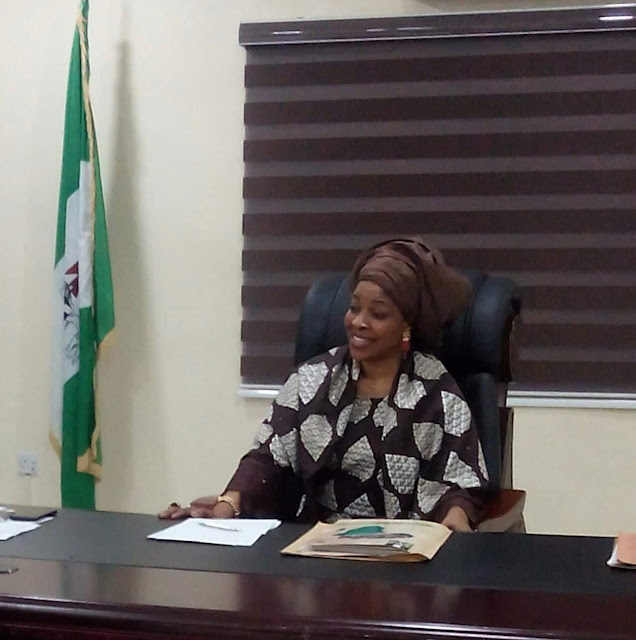 For accurate record purposes, it is expedient to reply and refute a feverish write up credited to one Johnbull on the above heading as was published on FCC Jones Timeline. Without fear of contradiction, I am saying the character used in that piece as Johnbull is Mr FCC Jones’ chosen Pseudo name as to evade attacks and bashing from sane minds who would wish to know what else his interest is in  APC family,  having demonized and denounced her  as the Party of the ‘Occultic” which he made public before joining AA.

The veiled efforts to assume the duty of the APC Spokesperson smacks of high degree of disengagement trauma and the level of frustration and self-inflicted injuries Mr FCC Jones has subjected himself to. Dearth of spirit of moderation is highly absent in the life and character of FCC Jone – knowing when partisan politics starts and stops is a rare virtue that must be inculcated, especially for sycophants writing and speaking for pay-masters.

In lieu of the above preambles, I write as APC Chairman of Isiala Mbano, being in a better position to re-affirm the steadfastness and loyalty of Princes Gloria Akobundu in all affairs of the party APC, as the time can take me. The claims of Mr Johnbull (AKA) FCC Jones that our great leader Princes Akobundu  has decamped to PDP  is nothing but a gibberish, tissue of misinformation and a charade from a never-do-well.

Princess Akobundu as a  founding member of APC in the State is the present DG of NEPAD and she is gratefully  serving the Nation and the masses diligently and excellently. In all our party activities from the ward to LGA and State, Princes Akobundu has consistently shown financial commitment, capacity and high sense of loyalty and  we are proud of her.
In the wisdom of Mr Johnbull, inasmuch as  you appeared in the Emeka Ihedioha’s TTC  list, you either worked for PDP; invested in PDP; or about to join PDP. That is how not to play politics. I know many Captains of industries, Directors of great concerns, CEOs, sound Technocrats and great Politicians that made that list, who cannot be hired or paid at the State levels.  “Technical” leading the acronym of the Committee goes to, perhaps defend the reason of the choices made.

I therefore wish to state clearly that Princes Gloria Akobundu never sought for inclusion in any Committee nor invested for inclusion, but perhaps for the scope and schedule of her person and office(NEPAD), all the 36 States Governors, irrespective of party affiliation ought to be friendly with her, having offices in 36 States of the Federations. NEPAD is for African Development infrastructurally and human capital. They are one of the highest employers of labour; I know through her office, thousands have gained employment; lots of women have travel out of the country on capacity building tours and I know NEPAD Skill Acquisition through her is the best so far. She is indeed a sought for product to all who care.
Finally, In both private and corporate life, Princes Akobundu has maintained her integrity and excellence and as a philanthropist, she has friends, brothers, sisters, fathers and mothers across borders. This is her life and the secret of her exploit. We play Politics; we don’t hate.
Having made these clarifications,  I lend my voice to all the numerous supporters and fans of Princes Akobundu across the nation in demanding for retraction and apology from Mr Johnbull (aka) FCC Jones  within seven days or legitimate processes will be invoked to right this scandal.