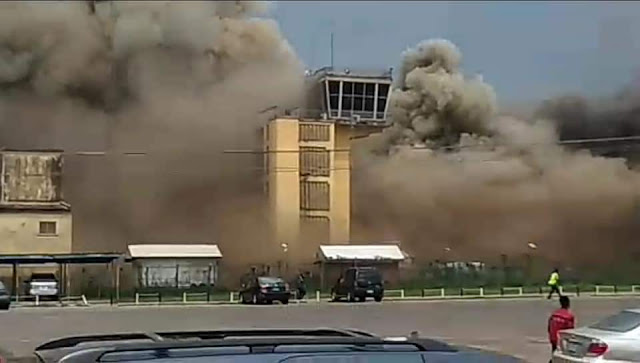 The Outgoing Governor of Imo State, Owelle Rochas Okorocha and the Incoming Governor, Hon Emeka Ihedioha yesterday visited the Sam Mbakwe International Cargo Airport gutted by fire to examine the level of damage
Meanwhile, the Airport management authority has announced that irrespective of the fire outbreak in the Airport, flight schedules and commercial activities will continue unhindered, while investigations on the direct and remote cause of the fire disaster which consumed the administrative block of the airport is being carried out.
Although no life was lost in the inferno, the most affected sections of the terminal building included the VIP Departure Lounge, as well as the Arrival Hall, before the rampaging fire was contained. 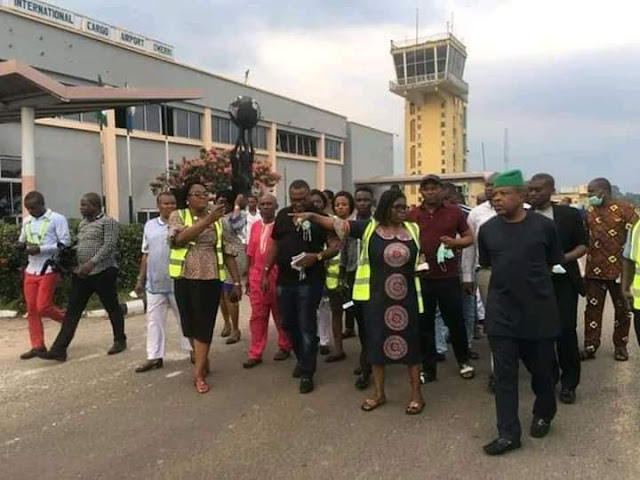 However, speaking to newsmen, the Airport Manager, Mrs. Rejoice Ndudinachi, confirmed that no life was lost in the inferno.

“No life was lost in the fire. A couple of places are affected by the fire. We are following airports contingency plans, to make sure we continue with flight operations. I must also say that flight operations have commenced in the airport”, Ndudinachi said.
While apologizing to airport users for what happened, the Airport Manager equally assured that investigation into the matter would commence immediately.
For the Imo State Governor-elect, Chief Emeka Ihedioha, “the incident is most regrettable”. 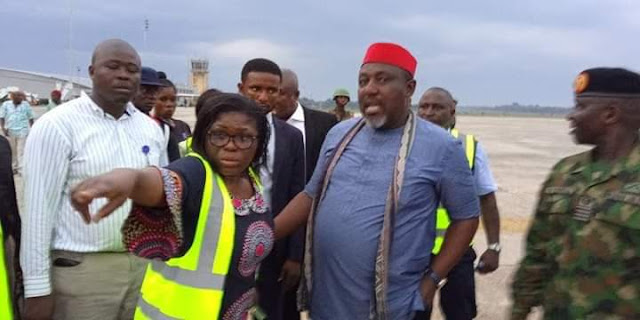 Ihedioha, who spoke to newsmen after being taken on a tour of the affected areas, was particularly happy that no life was lost in the incident.

“It is a thing of joy that no life was lost in the incident. This Airport is so dear to Imo people because it is the only Airport in Nigeria that was built through collective contribution of the citizenry”, Ihedioha said.

He called for immediate investigation into the incident and measures taken to avert future occurrence. 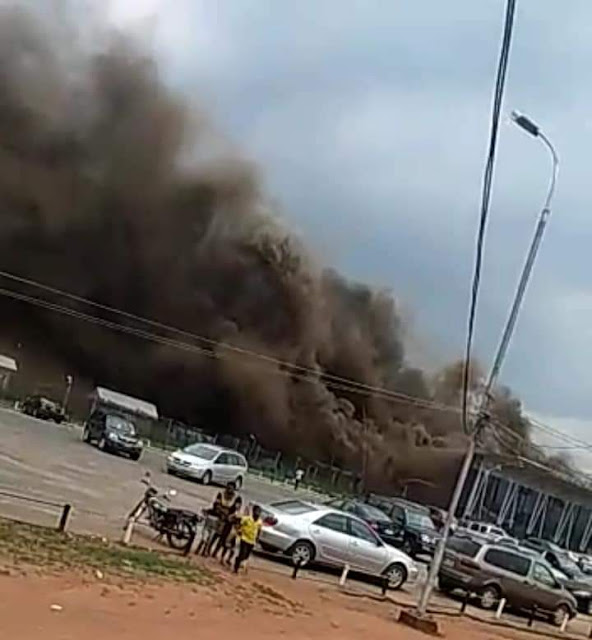 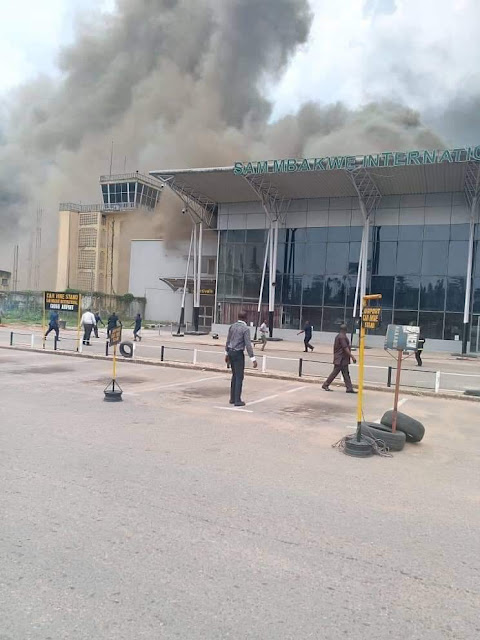 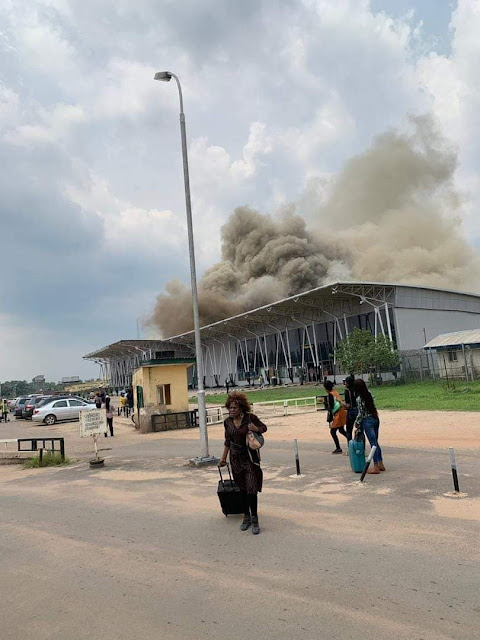