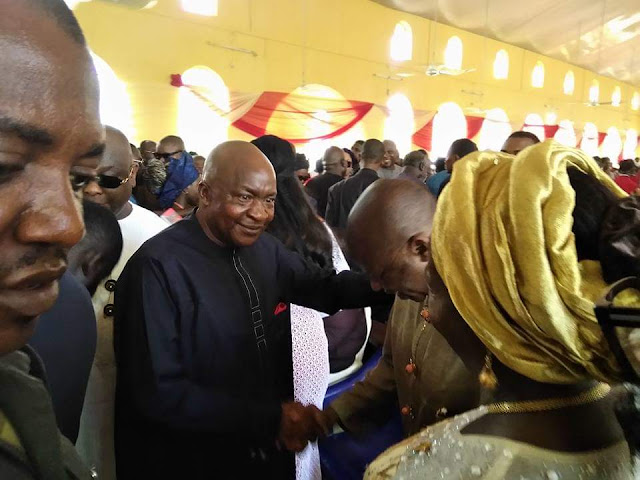 “Your Excellency, your predecessor, Chief Achike Udenwa, granted an interview to a national daily where he made scathing remarks on you. I quote: ‘To be honest with you, if you remember how Ohakim came into power when I was leaving, he was not actually the people’s choice. He was a child of circumstances at the time. There were other considerations before Ohakim came in. It was a question of let us try him and see what he can do and he failed completely. He was very arrogant and did not even understand what the people needed. That is why he has been contesting and failing. He cannot make it even if he contests for 10 times. And in the case of Rochas, he came as a redeemer because of the poor performance of Ohakim’. What do you have to say about that?”

That was the bombshell of a question thrown at me by one of the finest journalists of this era in Abuja few days ago. Was I thrown off balance? Was it unexpected that Achike Udenwa had to throw stone at me from a glasshouse? Am I shocked by his outburst? Let me explain how I feel, by what I have titled The Concorde Casino and the metaphor of the loyal wife.

Imagine a loyal and honest wife suddenly confronted by evidence of her husband’s infidelity. She has lived alongside him for years. She sees him as she assumes he is: reliable, hardworking, loving and dependable. In her marriage, she is standing on a rock, or so she believes. But he became less attentive and more distracted. Small things she says and does irritate him unjustifiably.

One day she sees him in Concorde Hotel Casino with another woman drinking, smoking weed and interacting with her in a manner difficult to rationalize and ignore. The limitations and inaccuracy of her husband’s perceptions become immediately and painfully obvious. Her theory of him collapses. What happens, in consequence? First, something – someone – emerges in his stead: a complex, frightening stranger. Her theory of herself also collapses in the aftermath of the betrayal. Her husband is not whom she perceived him to be – but neither is she, the betrayed wife. She is no longer the “well-loved, secure wife and valued partner”.


The ground shifts continually around her feet. Is the once reasonably content wife now a deceived innocent or gullible fool? Should she view herself as a victim, or as co-conspirator in a shared delusion? Her husband is – what? An unsatisfied lover? A psychopathic liar? The very Devil himself? How could he be so cruel? How could anyone for that matter? She looks in the mirror. Who is she? What’s going on?


The dreadful inadequacy of our senses reveals itself. Under that condition, everything we hold dear crumbles to dust. We freeze. We turn to stone. This is nothing but the appearance of the eternal dragon, from its eternal cavern, from its now-disturbed slumber. Is this the underworld, with its monsters rising from the depths? How do we prepare for catastrophe, when we do not know what to expect, or how to act? As humans, under such circumstances, our bodies ready themselves for all possible eventualities.

When such shock comes, first, we freeze. The reflexes of the body then shades into emotion, the next stage of perception. Is this something scary? Something that must be fought? Something that can be ignored? Now we are in a costly and demanding state of readiness. Our bodies are flooded with cartisol and adrenaline. Our hearts beat faster. Our breath quickens. We realise, painfully, that our sense of competence and completeness is gone; was it a dream? We draw physical and psychological resources saved carefully for just this moment. We prepare for the worst. We push the gas pedal furiously to the floor, and slam on the brakes at the same time. We scream, or laugh. We look disgusted, or terrified.

And so, the deceived wife, increasingly unhinged, feels the motivation to reveal all she knows about the husband and the marriage to her best friend, to strangers, etc, or retreats into silence, and ruminates obsessively. Question, question! What went wrong? What did she do that was unforgiveable? Who is this person that she has been living with? What kind of world is this, where such rubbish can happen? What conversation could she possibly initiate with this new infuriating person, inhabiting the shell of her former husband? What forms of revenge might satisfy her anger? She is by turns enraged, terrified, struck down by pain, and exhilarated by the possibilities of her new-found freedom. 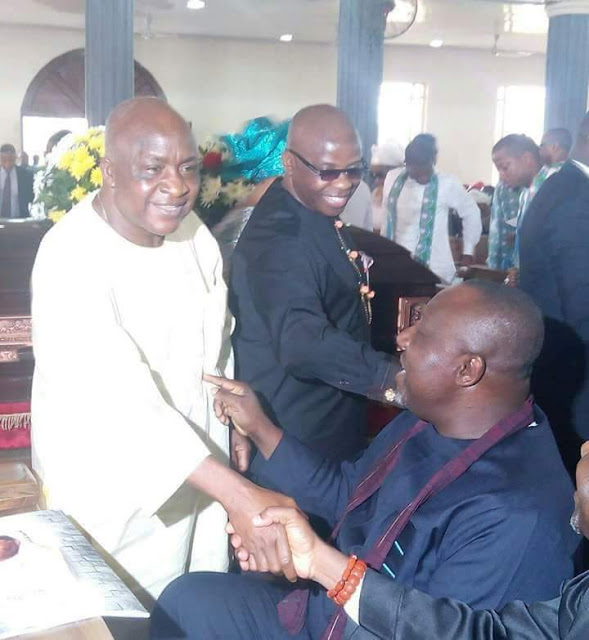 She suddenly realised that her house was built on a foundation of sand. She has been hit so hard that her anger, terror and grief consume her. Her sense of betrayal widens.

Was it really so unexpected? Should she now feel guilty about ignoring the warning signs, subtle though they may have been, encouraged though she was to avoid them. Would, anyone including herself – put up with such a situation?

She began to ask more questions: Are we stuck in the marriage like the two proverbial cats in a barrel, bound by the oaths that lasts in theory until one or both of us dies? Under such circumstances, there is nothing but a fight – a fight with peace as the goal – that will reveal the truth. If we remain silent the monster under the rug gains a few more pounds.

Maybe the husband who betrayed his wife has become too old and selfish. Maybe that selfishness got the upper hand. Maybe she did not oppose this tendency with enough force and vigour at the beginning. Maybe all that unaddressed conflict left both resentful, in a manner unspoken, but effectively enacted. Maybe respect slowly turned into contempt, and no one designed to notice.

Why avoid the inevitable fight, when avoidance necessarily and inevitably poisons the future? Isn’t it better to prepare, to sharpen your sword, to peer into the darkness, and then to beard the lion in its den? You cannot be fooled so easily unless you have gone very far down the road.

Now she has been betrayed, driven by desperation, but determined to face the incoherence of the past, present and the future. To reemerge, to escape, to be reborn, she must thoughtfully articulate the reality she has comfortably but dangerously left hidden behind a veil of pretence of peace. She will never return to dry land, so to say, if she refuses or is unable to fight back.

My late father Maxwell told me, that what you hear in the forest but cannot see might be a tiger. It might even be a conspiracy of tigers, each hungrier and more vicious than the other, led by a crocodile. But it might not be, too. If you turn and look, perhaps, you will see that it’s just a squirrel. If you refuse to look, however, then it is a dragon.

My father also advised me that if you shirk the responsibility of confronting the unexpected, even when it appears in manageable doses, reality itself will become unsustainably disorganized and chaotic. Then it will grow bigger and swallow all order, all sense, and all predictability.

I remember the writing of Professor Jordan Peterson, one of the greatest philosophers/ psychologists of the 21st century. According to Peterson, “When things breakdown, what has been ignored rushes in. When things are no longer specified with precision, the walls crumble, and chaos makes its presence known. When we’ve been careless, and let things slide, what we have refused to attend to gathers itself up, adopts a serpentine form, and strikes – often at the worst possible moment. It is then that we see what focused intent, precision of aim and careful attention protects us from”

Shall I confront the chaos of being? Shall I take aim against a sea of troubles? Shall I specify my destination and chart a new course? I sure will. I shall begin to point the light for all to see, that there is a serpent in the garden, and he is a subtle beast, according to the ancient story (difficult to see, vaporous, cunning, deceitful and treacherous). A snake, they say, does not have to be taught to strike. It’s in the nature of the beast so to do.

Achike Udenwa’s hate of my person has grown to luciferian proportion. He has demonstrated his capacity to deceive, manipulate, scheme, trick, falsify, minimize, mislead, betray, prevaricate, deny, rationalize, exaggerate and obscure which is absolutely endless and positively demonic.

I am pleased that Achike Udenwa has spoken first. I thank him a zillion times for dragging me out. I shall also speak. If for no other reason but for history and posterity. I shall speak because of the memory of those pensioners and councillors who died because someone wickedly withheld their entitlements. I shall speak for the memories of Chief Ogbonnaya Uche aka OGB, Chief T.E. Agwatu, Chief Uche Ogbe, Ikechukwu Ufomba and more than 50 MASSOB members murdered in my own Okigwe. The book is on its way. It shall tell our story for the interest of posterity, for the interest of peace and for you the reader to draw your own conclusions.