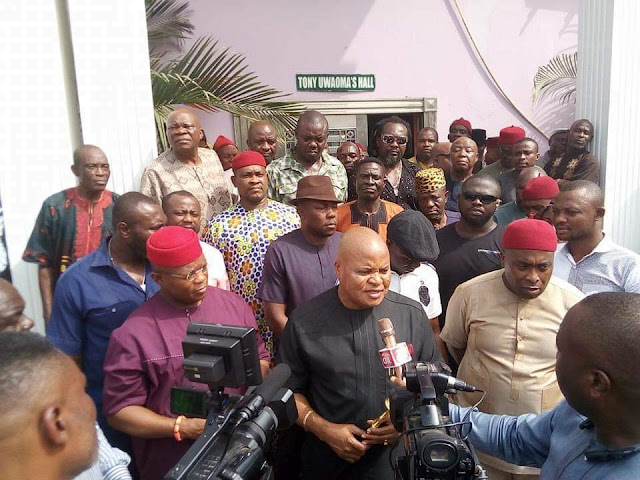 The governorship candidate of the All Progressives Grand Alliance in Imo State , Ifeanyi Araraume , has asked the state election petitions tribunal to nullify the state governorship election held on March 9 , 2019 .

He based his position on the claim that the exercise did not comply with the provision of the Electoral Act 2010 and the 1999 Constitution .

Araraume also asked for an order voiding the certificate of return issued to Emeka Ihedioha of the Peoples Democratic Party as the governor -elect.

The suit has the Independent National Electoral Commission and the PDP as respondents .

In the petition filed on his behalf by Ahmed Raji ( SAN ) , K. C Nwufo ( SAN ) , I . K Bawa ( SAN ) and others , Araraume also asked for an order directing INEC to conduct a fresh governorship election in the state , in compliance with the 1999 constitution and the Electoral Act .

He claimed that all the votes from Aboh Mbaise , Ahiazu Mbaise , Ehime Mbano and 17 other local government areas of the states , were unlawful votes.

The APGA candidate alleged that there were massive hijacking and diversion of ballot papers and other electoral materials to places other than polling units .

He claimed that booklets of ballot papers were massively thumb -printed by agents of the PDP in favour of Ihedohia in the affected local government areas .

He said the thumb- printed ballot papers for Ihedioha were subsequently stuffed into ballot boxes and recorded in favour of the PDP and its candidate in the stated local government areas .