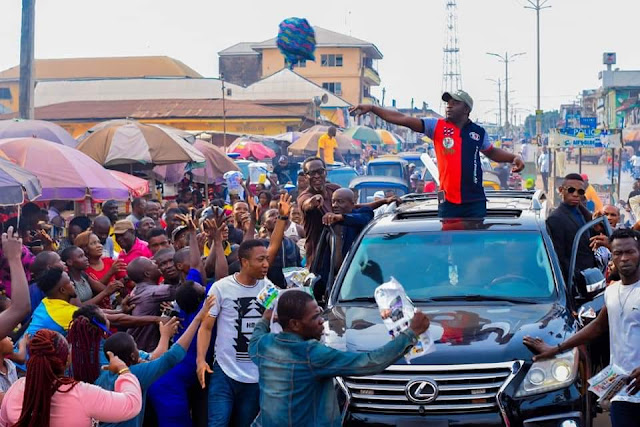 The 2019 Imo Governorship Candidate of the United Progressive Party, UPP, and member of the House of Representatives representing Oshodi/Isolo 11 federal Constituency of Lagos State, Hon Tony Nwulu had put a phone across to the Peoples Democratic Party, PDP, 2019 gubernatorial candidate, Hon Emeka Ihedioha to congratulate him for his victory in the just concluded Imo Governorship election which he is a co-contestant.
Hon. Tony Chinedu Nwulu from Eziudo, Ezinihitte Mbaise LGA said he will do everything under his powers and reach to support his brother, Rt Hon Emeka Ihedioha to serve Imo People well and have a successful regin as Governor of Imo state.
Mr Nwulu had equally shared all his campaign vehicles and hummer buses to Cordinators and members of his campaign organization
He equally instituted a one million (N1, 000,000.00) naira endorsement fund yearly for the best journalist in Imo State.
Hon Nwulu approved the conversion of his Mezie Imo campaign organization into an NGO that will be providing financial grants and support to Imo women and creative and talented Imo youths.