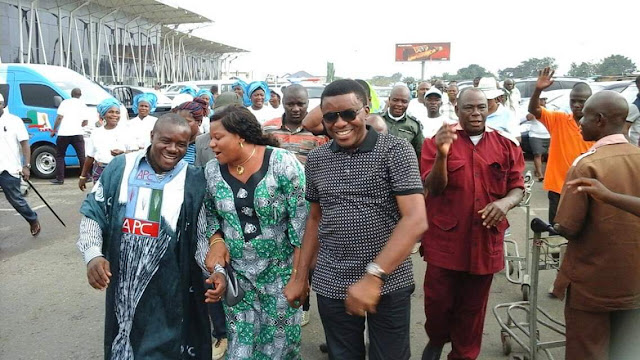 After a long wait, the Independent National Electoral Commission, INEC, has finally collated the results of votes cast on the 23rd of February for National Assembly elections and the supplementary elections of March 9 and thereafter declared Hon. Chike Okafor of the All Progressive Congress, APC, the winner of Okigwe South Federal Constituency election having fulfilled the law.

Others who contested with him are Hon Emeka Nwajiuba of the Accord Party, Hon Austin Nwachukwu of the Action Alliance, Dr Mrs Ijeoma  of the All Progressives Grand Alliance and Sir Ikenna Chukwuocha of the Labour Party.

With this victory, Prince Okafor is in better position as a ranking member of the House of Representatives to clinch a principal position in the 9th National Assembly.