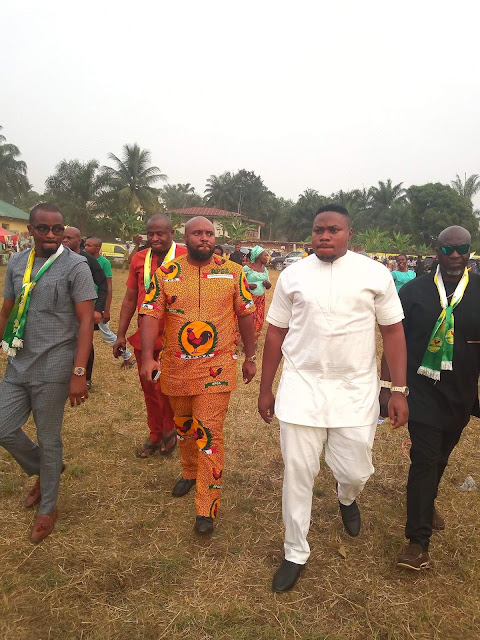 "Okorocha's family collect Imo Revenues. They are many and too greedy. They are competing who makes more money than the other"

"Someone who failed 10,000 Jobs became a Billionaire under Rochas and built a Hotel, Supermarket, House Estate, Agro Farm, Hopping Plaza . If you don't have a legitimate livelihood and you build a hotel and all these, it means you are stealing"


"Okorocha and family fleeced the monies meant for payment of Pensions. I have the details the matter is being investigated by the security agencies"

"We don't have a House of Assembly. When I want for screening as Commissioner they just asked me to go. I told them to screen my certificates I have them here, they said No, you can go"

"The road from Amaraku to Umuelemai built by Udenwa PDP regime more than 10 years ago, is still good today. Mcc-Dick Tiger /Trans Egbu Road done by Rochas is now dilapidated"

"All road contracts are done by Rochas's siblings. Okorocha Nigerian Limited is doing all the road contracts. That is why they are China Roads"

"If I wasn't a Commissioner under Rochas, I wouldn't know how unserious and insincere this Rochas government is"

"Concord Hotel is being run by the Governor's brother TODAY"

"Governor doesn't read Memos. I was in the Exco as a Commissioner. He is the most unserious governor I have ever seen in the history of Imo State."

"Revenue collection was given to the Governors brothers and sisters, they were always coming to my office to sign."


"Imo debt amounts to 400b
The funds meant for payment of  pensions was taken by the Governor and his family."