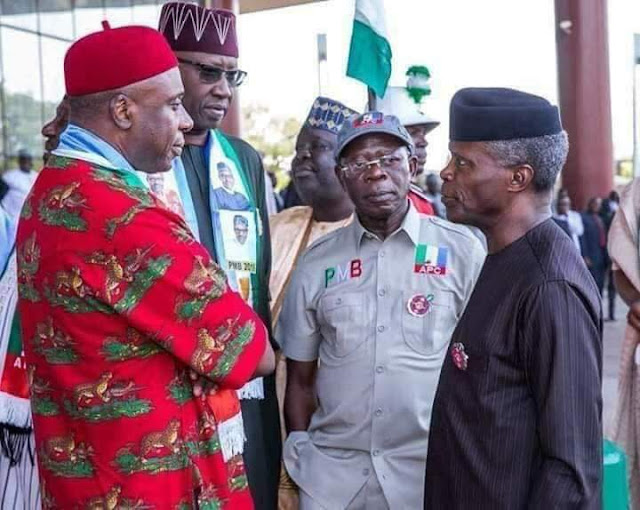 According to a press statement signed by the Spokesperson of conference of United Progressive Parties, CUPP, Ikenga Imo Ugochinyere on the postponement of the Presidential, National Assembly, Governorship and State Assembly elections to one week as announced by the National Chairman of the Independent National Electoral Commission, INEC, the Mohammadu Buhari-led All Progressive Congress, APC, Federal Government and security agencies deliberately sabotaged INEC in a bid to rig election using staggered election.

..Buhari has proven to be desperate and heartless, the judgement day with the people have just been shifted .

..INEC chairman have shown courage by shifting the election to avert national bloodshed and dirty polls.

..APC wanted to proceed with election after compromising distribution and destroying materials in over 15 states .

..Staggered election would have led to Electoral Civil war.

The Coalition of United Political Parties, CUPP, believes strongly that the desperation of President Muhammadu Buhari and his men to win the presidential election by all means caused this last minute postponement of the election.

In their bid to once again foist an unpopular government on Nigerians, they threw caution to the winds and started setting electoral materials on fire in states that are well known to be strongholds of opposition.

These acts of sabotage, no doubt, ruined the preparations of the Independent National Electoral Commission for the elections.

We have raised the alarm many times that agents of the government were working hard to ensure that elections are not held or are declared inconclusive in areas they know that the All Progressives Congress will never win. We have been vindicated.

We blame the international embarrassment this last minute postponement has caused the nation on the President, the desperate leaders of his party, APC, and the nation's security agencies who failed woefully in their duties to protect electoral materials and INEC offices from attacks by these enemies of the nation.

We call on the security forces to sit up and ensure that these enemies of democracy are not allowed to have their ways again.

We make bold to say that with the postponement, President Buhari's judgement day with the people has just been shifted .

INEC chairman, Prof Mahmood Yakubu, has shown courage by shifting the election to avert national bloodshed because we are aware that
APC wanted to proceed with election after compromising distribution and destroying materials in over 15 states.