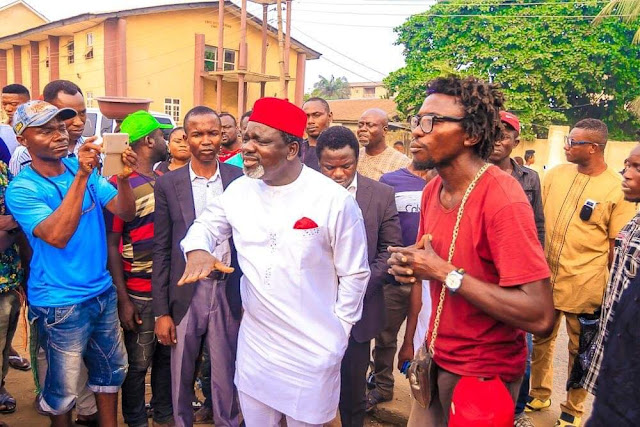 Millions of Imolites and Nigerians across the globe have been inundated with stories of a popular Owerri 'mad man' turned a political commentator, whose video interviews on Imo social political malfeasance and infrastructural decay goes viral each time it was released.

But many did not know that the man most people take as an insane person graduated from a prestigious University in the United States of America, USA. No wonder his english accent, sound knowledge of contemporary issues, articulations and good use of English language raises question if he is being used by individuals to run down Imo state government and some prominent politicians.

Not until recently, when Dr Linus Okorie, a Leadership development coach, motivational speaker and candidate of the Young Progressive Party, YPP ran into him during his Imo gubernatorial campaign across the 305 INEC wards in the 27 LGA's of Imo State. The pragmatic, articulate and visionary Okorie, unlike other politicians who could have maximised the opportunity of meeting face to face with the assumed "mad-man" to cause political mischief rather opted to interface and interact with him to be able to know why a sound and knowledge young Imolite like him is patrolling all joints, junctions and streets of Owerri and thereby misrepresented as an insane man.

It was through such interaction that Dr Okorie discovered that the young man was a graduate from a reputable University in USA, whose family couldn't manage his health challenges resulting to his unfortunate current state of health.

The President of Guardians of the Nation International (GOTNI) volunteerily offered to take necessary measures to rehabilitate him back to the saner clime. Okorie believed his situation could be likened to one of those affected by environmental and Social frustration which his administration will solve if elected come March 9th, 2019.

"A world class Imo state is one free from frustration and humiliation on the citizens.

Yesterday evening, I ran into the popular political commentator in Owerri.

My team and I are taking the necessary measures to rehabilitate him back to the saner clime", he stated. 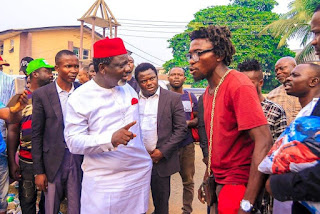 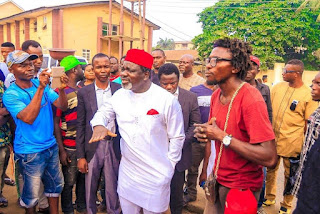 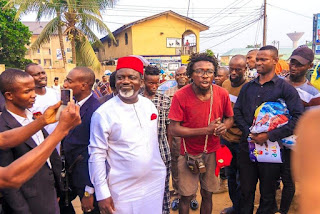 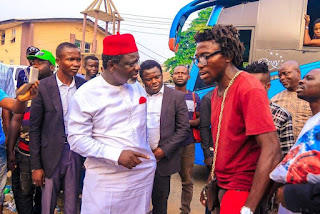 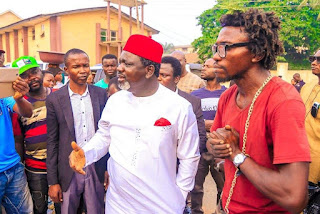