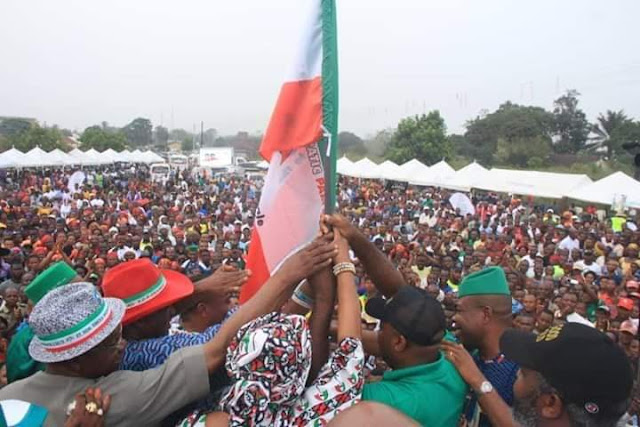 The governorship candidate of the People's Democratic Party, PDP, in Imo State, Rt. Hon. Emeka Ihedioha, has promised to make local government autonomy and improved power supply top priorities if elected the next governor of the state.

Ihedioha spoke at a summit organized in Owerri, the state capital, by the Imo State Elders Advisory Council, for governorship candidates, on Thursday.

The former Deputy Speaker  of the House of Representatives said that every sector of the state's economy has collapsed.

He stated that the present day Imo State needs the best hand to assume the reigns of power.

However, he advised people of the state to be dispassionate, eschew sentiments and hatred in choosing their next governor.

The governorship hopeful also pledged to revive the Agricultural, Health, and Education sectors, while emphasizing on the need for improved power supply, and local government autonomy.

"Power is crucial to a vibrant economy. Under my watch as governor, we would work hard to improve power supply to enhance job and wealth creation".

In the education sector, Ihedioha who had 12 years stint at the green chamber of the National Assembly said that more teachers will be retrained and recruited to bridge the gap in science teaching and learning in the state.

The former lawmaker averred that the private sector cannot thrive without proper engagement of outside forces.

Describing himself as a square peg in a square hole, Ihedioha enthused that he has the contact, pedigree, goodwill and leadership experience to transform the state.
Posted by IfeanyiCy Njoku
Labels: Politics