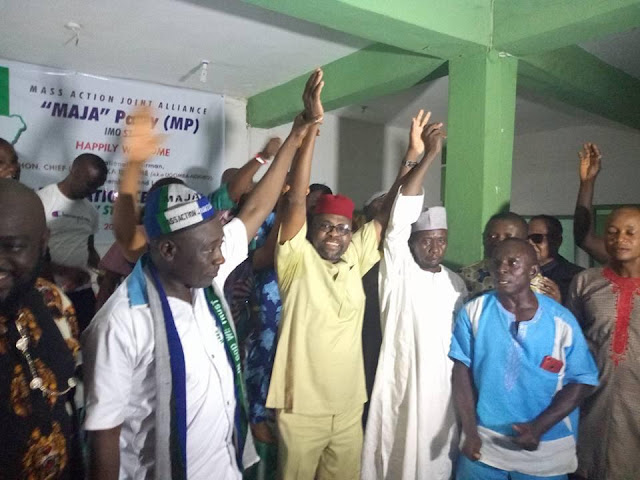 British-trained lawyer, and candidate of the Mass Action Joint Alliance (MAJA), for the 2019 Imo governorship election, Barrister Aloysius Osuji has explained the real motive behind his aspiration to govern his beloved Imo State.

Speaking to Ifeanyicy.com, the solicitor of the Senior Courts of England and Wales, Chief Aloysius Osondu Osuji from  Nwangele LGA
explained that “Imo State would have been a good example of how Nigeria will be except for bad leadership and high powered deception by the political class, thus betraying the hopes of the people”.

Speaking further, Attorney Osuji had earlier in life worked with Union Bank of Nigeria Plc  before taking study leave to Italy where he enrolled with the London School of Journalism, later moved to England where he graduated in law LLB (Hons)  said: 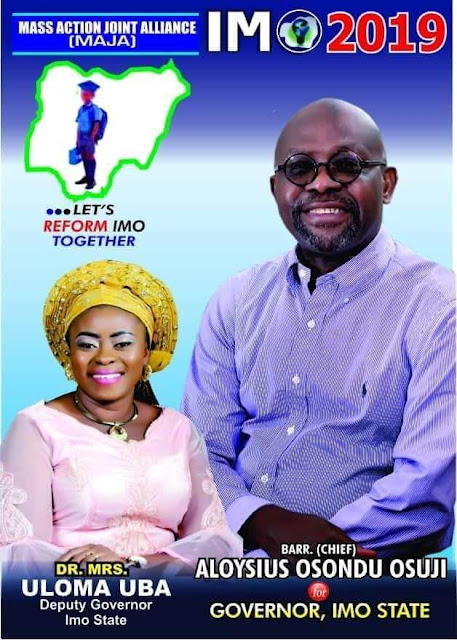 “Today as the State navigates towards 2019, as a concerned Imo citizen, I am worried about the future of the State.
“I am also worried about the fact the impoverished people traumatised by poverty may be incapable of standing or voting against their oppressors-in-Chief,” evidently referring to the incumbent governor, Rochas Okorocha.
“Otherwise,” he continued, “how do we explain the audacity of the Continuity Project being powered by the past leaders in the face of –
– general insecurity,
– decayed infrastructure,
– bad roads,
– parlours educational system,
– unending strike action by the State work force,
– hunger and starvation in so many homes,
– high rate deaths in our hospitals,
– disgraceful image the State acquired on account of non-performance of government, and,

– other unimaginable consequences of the wickedness inflicted on our people.
He promised that all these must stop under his administration and asked Imo citizens to hold him accountable.
Lamenting about the Fulani herdsmen menace ravaging various states across the country, he said:
“Many of us have been thinking, how we are going to curtail the influx of herdsmen into our State.
“Well, the answer is not farfetched.
“My administration will embark on a highly mechanized animal farming in addition to other agricultural establishments.
“This will in turn create rural development, job opportunities and alleviate poverty.
“Imo State WILL become an exporting state of farm animals and crops to other parts of the country.
“If we can breed these animals in our State, then there’ll be NO NEED for the so called Hausa-Fulani herdsmen in Imo state.
“We can and we will reform Imo State together to make Imo state great. Hold me accountable to my word and promises,” he assured. 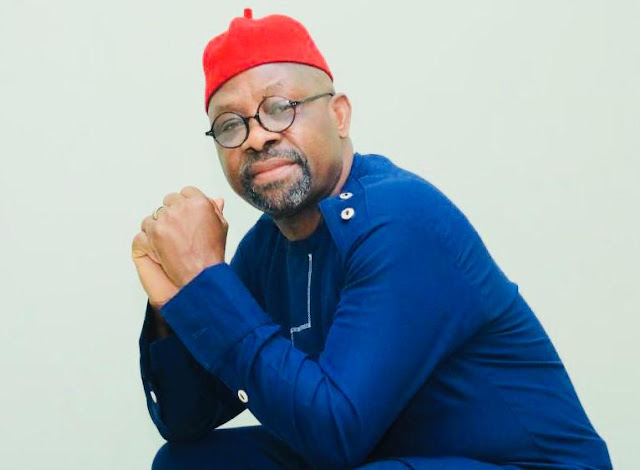