Menu
Home » News » GOV. OKOROCHA SHOULD BE HELD RESPONSIBLE, SHOULD ANYTHING HAPPENS TO MADUMERE --YDP LEADER

GOV. OKOROCHA SHOULD BE HELD RESPONSIBLE, SHOULD ANYTHING HAPPENS TO MADUMERE --YDP LEADER 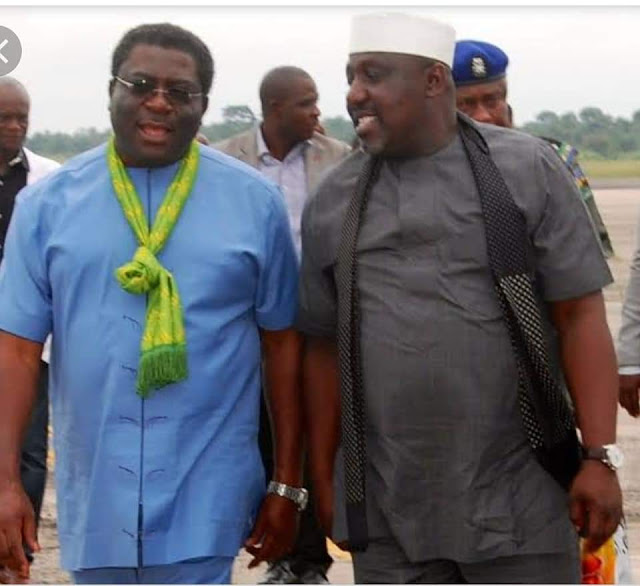 In a press statement made available to Ifeanyicy.com, Hon Nwabueze, the former Special Adviser to Governor Rochas Okorocha on youth development calls on the President of the Federal republic of Nigeria, Mohammadu Buhari, the Senate President, Bukola Saraki to Uphold the constitution and democratic tenets by calling Governor Rochas Okorocha to order. He equally called on the Inspector General of Police, Idris Abubakar to call to order the Commissioner of Police, Imo state as he has clearly shown and demonstrated through his actions that he is a willing tool in the evil hands of Rochas Okorocha.

"It is no longer News that the Deputy Governor of IMO state, His Excellency, Chief Madumere, has been going through an unprecedented subjugation, persecution and humiliation by the out going Governor of the state, Rochas Okorocha who in his desperation to eternally defraud Imo people, attempted to impose his PA, Son-in-Law on the people, but was firmly and decisively resisted by God Almighty and the forces of the good  people of IMO STATE."

" Having, now been thoroughly humiliated by the good people of Imo state, Rochas Okorocha, in his fury launched an onslaught on the deputy Governor and his office, but again failed woefully. Having discovered that he is finished politically in Imo state, Rochas has now turned his fangs on the Deputy Governor, H.E. Madumere, withdrawing his security details and principal Staff, an action which violates the rights of the Deputy Governor and puts him in harms way."

The Oguta born Leader of the Young Democratic Party continued "I am therefore calling on the president of the Federal republic of Nigeria, president Mohammadu Buhari, the Senate President, Bukola Saraki to call Rochas Okorocha to order. I am also calling on the IGP, Idris Abubakar to equally call the Commissioner of Police, Imo state to order as he has clearly shown and demonstrated through his actions that he is a willing Tool in the evil hands of Rochas Okorocha."

He warned "finally, I want to make it abundantly clear that, should anything bad happens to Chief Madumere, as a result of the action of Rochas and his collaborators, Imo people will be fully mobilized to bring him and his Co - travellers to book. I am therefore calling on Rochas Okorocha to immediately restore the Security details of H.E Madumere, and indeed all the Rights and Privileges deserving of the office of the Deputy Governor of Imo state.", he stated.