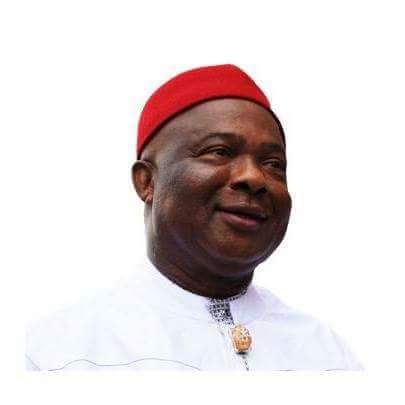 Senator Hope Uzodimma’s name has been pasted as the governorship candidate of the Imo state All Progreeives Congress, APC, in Imo state, by the Independent National Electoral Commission, INEC.
The name of Uzodimma, was pasted at the INEC, office along portharcourt road in Owerri, with Akaolisa Cyprain Okechukwu, as his running mate.
Vanguard visited the INEC, office at about 18:45pm and kept vigil for the list to be pasted and at about 07:52pm Uzodimma’s name was displayed as the authentic governorship flag-bearer of APC, in Imo state.
This is coming about after 10 hours, INEC, pasted other governorship names of various political parties, excluding that of APC. 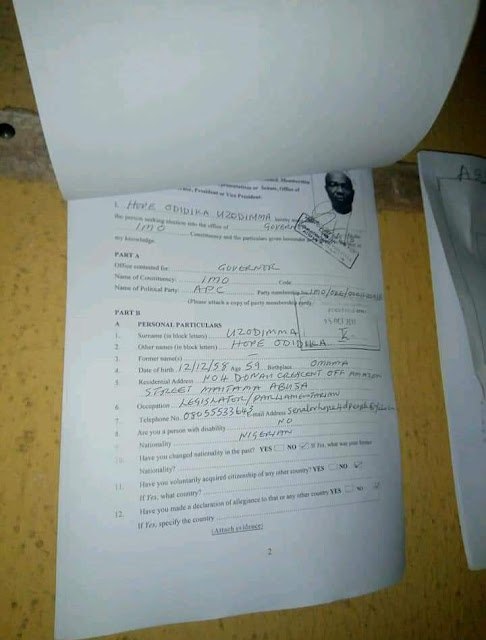 Our sources revealed that, “Immediately, the court struck out the order by the Okorocha’s faction stopping the name of Senator Uzodimma, from publishing as the candidate of the party.
“The judgement was taken to the National headquarters of INEC, and an order was given that the name of Hope should be pasted immediately.
“When the order came, to INEC in Owerri, the administrative head was not on sit but the legal adviser received the order from the National headquarters and he went on.
“They have just acted not as in their own power but according to the power of the court.” 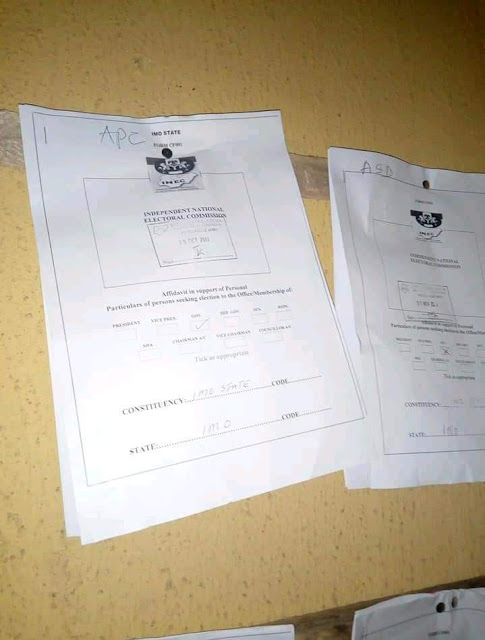